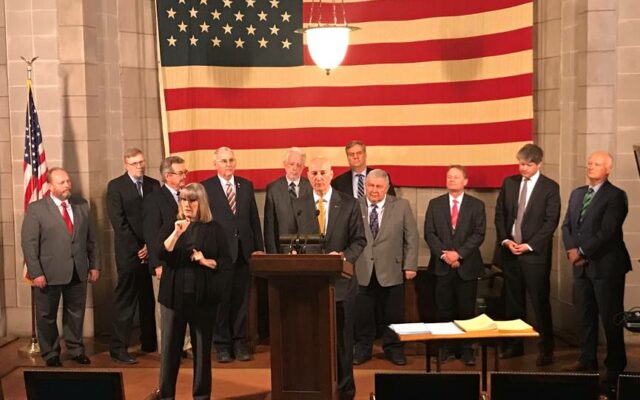 “Today, we enacted two key laws to strengthen Nebraska’s water resources,” said Gov. Ricketts.  “LB 1015 helps protect the South Platte River water we depend on for drinking water, agricultural irrigation, and to nourish our natural environment.  LB 1023e makes strategic investments to develop our water resources.  This will create recreational opportunities for Nebraska’s families and grow tourism in our state.  Thanks to Senators for protecting and developing our water resources this session.”

The Legislature’s STAR WARS Committee has worked over the past year to identify opportunities to make the most of Nebraska’s water resources.  Water projects approved in LB 1023e include:

A feasibility study of the lake proposed between Lincoln and Omaha is expected to be completed in about 2 years.  The Perkins County Canal Project is expected to take 8-10 years to finish.