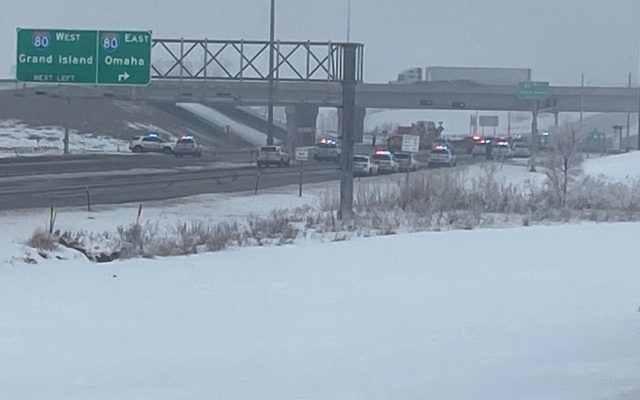 LINCOLN–(KFOR May 28)–A grand jury investigation has cleared two law enforcement officers of any wrongdoing, in the deaths of two robbery suspects from Wyoming during a standoff in north Lincoln last February.

The suspects, Christian Alexander and Hailey Stainbrook, were wounded by gunfire that was exchanged between two officers with Lincoln Police and the Nebraska State Patrol, following a pursuit that ended at 56th Street and Interstate 80 on Feb. 20. On Friday, Lancaster County Attorney Pat Condon said it started out with a reported robbery near the Lincoln Airport, where a man was robbed of his credit card that was later used fraudulently at a couple of Lincoln businesses.

Police and the State Patrol caught up with Alexander and Stainbrook and started a pursuit from 56th and Superior, which included both suspects firing shots toward both officers. When the pursuit stopped at Interstate 80, Alexander reportedly pointed a gun at the two officers, who returned fire. Stainbrook died from her wounds a short time later, while Alexander died days later at a Lincoln hospital.

Condon says the Lancaster County Sheriff’s Office conducted the investigation into the incident, as part of protocol for officer-invovled shootings.