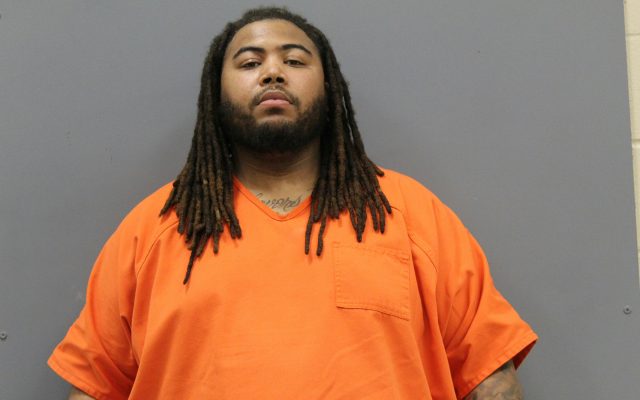 April 20, 2021 (Seward, NE)  On Monday, a Seward County Deputy made a traffic  stop on Interstate 80 that resulted in the arrest of 1 man and the seizure of several illegal firearms.

The Deputy initiated the stop due to a driving violation at  approximately 10:15 am, on I-80 westbound just west of Milford on a white Dodge Caravan.  Throughout the traffic stop, the deputy became suspicious that the driver and male passenger were involved in criminal activity for numerous reasons. It provided enough cause  for the deputy to request a K9 to conduct a free air sniff around the vehicle. The K9 gave an  alert and positive indication to illegal narcotic odors  from inside the vehicle.

During the search, deputies discovered a small amount of marijuana and six M-4  assault rifles. The serial numbers on all six rifles had been removed with a grinder. A subsequent investigation revealed that the passenger, who claimed the guns, is a convicted felon. Subsequent investigation also revealed ties to a  motorcycle gang in Washington State.

The driver Montray Patton, 31, of Auburn, WA was  arrested for Possession of a Defaced Firearm and Possession of a Firearm While Committing a Felony.  The driver was cited and released from the scene.  The Federal Bureau of Alcohol, Tobacco and Firearms will  continue the investigation.