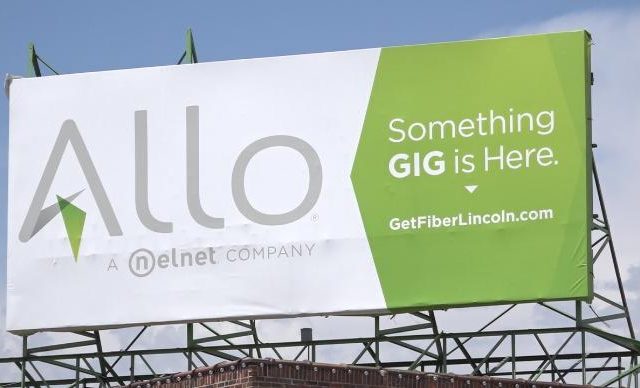 Mayor Chris Beutler said the three year project went well, “They got it done on time, with what I think is probably the best cooperation between homeowners and builders that we have seen in the city in a long long time.”

Beutler said the fiber optic network, passing every home and business in Lincoln, is good for the economy, creates new educational opportunities, and more choices for consumers. “The state of the art fiber network gives us a competitive advantage,” says Mayor Beutler, “creating new jobs, and strengthening the economy.”

ALLO President Brad Moline said that although the major network is finished, ALLO will still be connecting Lincoln to fiber internet. “We’ll still be doing a lot of connections, we’re probably less than a third done with all of the connections that we will do over the next 5-7 years.”

Moline said the three year project is the largest project of it’s kind, adding “I’m quite confident it is the fastest, safest, all underground project that has ever been done in the nation.”