Husker Athletes Will Be Paid For Top Grades 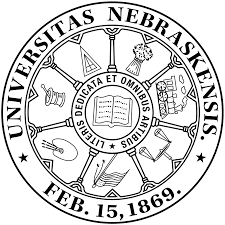 The Nebraska Athletic Department will continue its commitment to Husker student-athletes by developing the N-Vest Nebraska program beginning with the 2022-23 academic year.

N-Vest Nebraska will reward Husker scholarship student-athletes for academic performance, success toward graduation and retention. Nebraska student-athletes who meet the established academic benchmarks will receive $5,980 per year for their academic achievement.

“We are very proud of our rich history of academic achievement at Nebraska, including leading the nation in Academic All-Americans and ranking among the Big Ten leaders in graduation rates,” Nebraska Vice Chancellor, Director of Athletics Trev Alberts said. “N-Vest Nebraska will continue our long-standing tradition of supporting Husker student-athletes at the highest level. We look forward to being able to reward our student-athletes financially for their hard work and success in the classroom.”

The N-Vest Nebraska program is expected to provide approximately $3 million in additional financial support to Nebraska student-athletes beginning in 2022-23. College athletic departments are allowed to provide their student-athletes up to $5,980 per year following the Supreme Court decision in the NCAA v. Alston case.

Just this past Friday, the University of Minnesota announced a similar program.  Until then, Wisconsin had been the only Big 10 School to institute the practice.  Nebraska becomes the 24th of the 130 Football Bowl Subdivision Schools to do so.