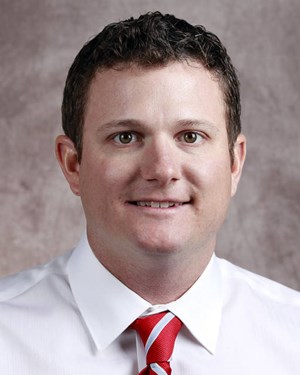 LINCOLN—(NU Athletics July 1)—Big Ten Coach of the Year Will Bolt has received a contract extension and pay raise after leading the Nebraska baseball program to a conference title in 2021. Interim Nebraska Athletic Director Garrett Klassy made that announcement on Thursday evening.

Bolt, who completed his second season with the Huskers in 2021, received a one-year contract extension and his deal now runs through June 30, 2026. In addition, Bolt will receive a $100,000 increase in his annual salary.

“The work of Will and his staff in their short time at Nebraska, both on the field and in recruiting, speaks for itself,” Nebraska Interim Athletic Director Garrett Klassy said. “Will is the right leader for our baseball program. He understands the history of what makes this program successful, loves Nebraska and embraces the passion of our fan base.  We are committed to providing the resources necessary for Nebraska Baseball to achieve at the highest level and compete for trips to the College World Series.”

Bolt guided Nebraska to a 34-14 record in 2021, including a 31-12 record in Big Ten play, with the Huskers capturing the league crown by 3.5 games.  Nebraska advanced to its first regional final since 2007 while posting a 3-2 record in the Fayetteville Regional.

Bolt and his coaching staff have done impressive work in recruiting. The Huskers’ 15-member 2021 recruiting class, which includes a trio of top-200 prospects, is ranked second in the Big Ten and in the top-40 nationally by Perfect Game USA.

“It is an exciting time for Husker Baseball and I am very appreciate of the support our administration and University leaders have extended to our program,” Bolt said. “My staff and I look forward to continuing to work hard every day to make Nebraska Baseball one of the nation’s best programs. We are thrilled to be at a place like Nebraska where we have support at every turn. Go Big Red!”