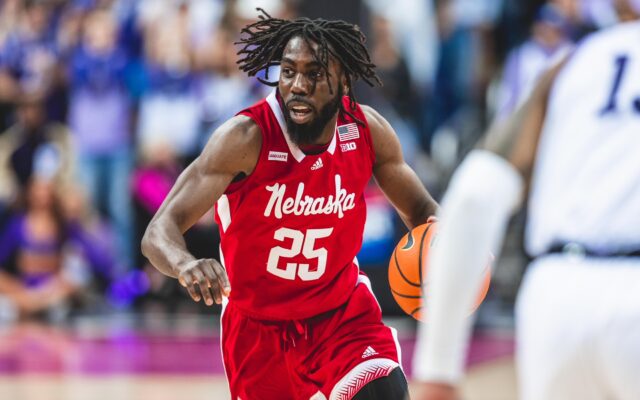 Bandoumel, a 6-foot-4 guard from Quebec City, Quebec, suffered the injury in the first half of Saturday’s game. He will undergo surgery in the coming weeks, ending his collegiate career.

“I am heartbroken for Emmanuel to have his college career end this way,” Hoiberg said. “I’ve said all season that Emmanuel is one of the best defenders in the country, and he impacts the game in so many ways beyond the measurables. He is also one of the best culture guys I’ve had the pleasure to coach. He always comes into the gym with a positive attitude and will do anything for the team. While he can’t help us on the court, I know Emmanuel will continue to be a leader for us and help our younger guys.”

Bandoumel started all 20 games for the Huskers this season, averaging 8.4 points, 4.8 rebounds, 2.3 assists and 1.0 steals per game. At the time of his injury, he was the only player to start all 20 games for the Huskers and has helped Nebraska rank in the top 35 nationally in defensive efficiency. He was second on the team in minutes per game (31.1) and ranked third on the team in both assists and steals. He totaled nine double figure games this season, including 18 points apiece against Memphis and Omaha.

Bandoumel had started 84 consecutive games dating back to his first season at SMU. In his Division I career, he played in 100 games and totaled 880 points, 351 rebounds and 160 assists during three seasons at SMU and one season at Nebraska, He began his collegiate career at Hill College in 2018-19.

Bandoumel’s injury is the second significant injury to a Nebraska starter in the last two weeks, as Juwan Gary is also out for the season with a shoulder injury. In addition, guard Quaran McPherson has been out for the entire 2022-23 season after suffering a knee injury last August.