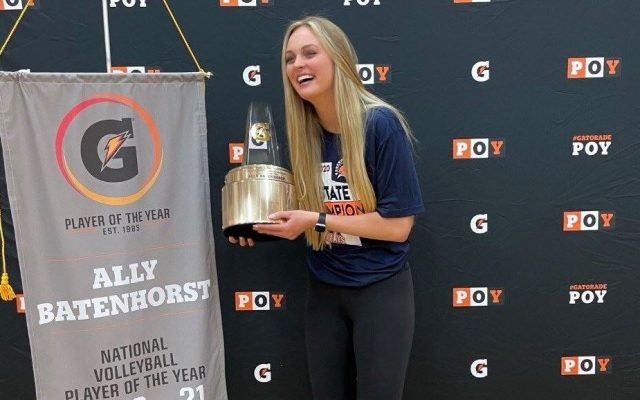 LINCOLN–(NU Athletics May 13)–Nebraska volleyball freshman Ally Batenhorst was named the 2020-21 Gatorade National Player of the Year on Wednesday.

Batenhorst has served as a peer mentor in addition to volunteering locally on behalf of hurricane relief efforts and the Ballard House, which provides temporary lodging for individuals and their families who are hospitalized or receiving treatment. Batenhorst maintained a weighted 4.11 GPA in the classroom. She enrolled at Nebraska in January and will be a freshman this fall.

The selection process is administered by the Gatorade Player of the Year Selection Committee, which works with top sport-specific experts and a media advisory board of accomplished, veteran prep sports journalists to determine the state winners in each sport.