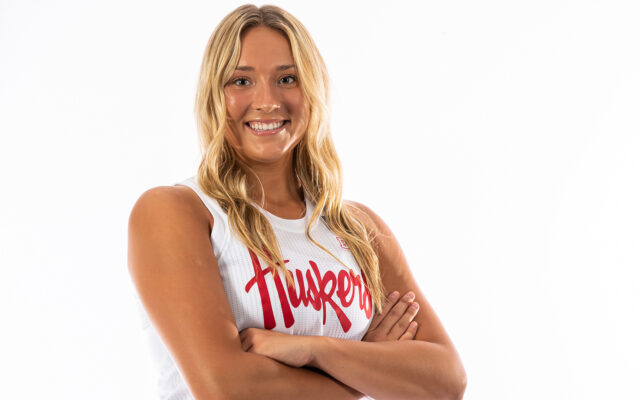 Markowski, a 6-3 freshman forward/center from Lincoln, Neb., swept Big Ten Freshman-of-the-Year honors from the conference coaches and media after claiming eight Big Ten Freshman-of-the-Week awards during the regular season. The only Big Ten freshman to lead her team in scoring (13.0 ppg) and rebounding (7.9 rpg), Markowski continued to improve throughout the season.

The only unanimous choice by the league coaches on the five-player Big Ten All-Freshman Team, Markowski averaged team bests of 15.6 points and 8.6 rebounds in conference games-only to lead Nebraska to an 11-7 Big Ten mark and a 22-7 record overall. She also ranked second among the Huskers in blocked shots (10) and third in steals (17) during league play, while hitting 54 percent of her shots from the field including 53.6 percent (15-28) of her three-pointers.

In her first career start against Michigan in the third game of the conference season on Jan. 4, Markowski produced her first career 20-point performance while adding seven rebounds in leading Nebraska to a 79-58 victory over the No. 8 Wolverines. Twelve days later, she produced a career-high 27 points including six three-pointers at Iowa. She scored 16 points in the first quarter alone, outscoring the high-powered Hawkeyes 16-14 by herself to stake Nebraska to a 30-14 lead at the end of the first 10 minutes.

Over the final five weeks of the regular season (Jan. 27-Feb. 27), Markowski averaged a double-double each week to power Nebraska to a 9-3 finish down the stretch, including a 72-57 win over No. 5 Indiana (Feb. 14). It marked Nebraska’s largest victory margin in school history against a top-five opponent. She finished with a double-double against the Hoosiers with 10 points and a career-high-tying 15 rebounds, one of her six double-doubles on the season.

While Markowski’s major award took the headlines, she was far from the only Husker honored by the Big Ten for outstanding play throughout the 2021-22 season.

Husker newcomer Jaz Shelley joined Markowski on the All-Big Ten Second Team. The 5-9 sophomore guard from Moe, Australia, is the only player to rank among the top 20 in the conference in all five major statistical categories, including scoring (12.4 ppg, 17th), rebounding (6.8 rpg, 12th), assists (5.0 apg, 5th), steals (1.8 spg, 7th) and blocked shots (1.1 bpg, 7th). Shelley produced a triple-double early in the season with 14 points, 10 rebounds and 10 assists in just 20 minutes in a November win over North Carolina Central. She finished the year with five double-doubles, including 12 points and 12 rebounds in Nebraska’s win over No. 8 Michigan (Jan. 4).

Shelley was also recognized by the conference media as one of five players on the Big Ten All-Defensive Team. She finished the regular season with a team-leading 30 blocked shots while adding a team-best 50 steals, ranking seventh in the conference in both categories.

Sam Haiby claimed honorable-mention All-Big Ten recognition from both the league coaches and media. The 5-9 junior guard from Moorhead, Minn., continued to prove herself as one of the most versatile guards in the Big Ten, averaging 10.4 points, 4.4 rebounds, 4.0 assists and 1.4 steals. With seven assists in Nebraska’s regular-season closing victory over Northwestern, Haiby became the first Husker in history to achieve the combined career milestones of 1,000 points (1,320), 500 rebounds (511) and 400 assists (400). Haiby was a second-team All-Big Ten choice last season for the Huskers.

Isabelle Bourne joined Haiby on the coaches’ honorable-mention All-Big Ten team. The 6-2 forward from Canberra, Australia played her best basketball during the second half of the conference campaign, averaging 14.4 points, 5.3 rebounds and 1.0 assist while hitting 53 percent of her shots, including 54.5 percent (12-22) of her three-pointers over the final nine games of the season. She finished the regular season averaging 11.1 points, 4.7 rebounds and 1.2 assists to give Nebraska one of the best one-two punches inside in the Big Ten alongside Markowski.

Junior forward Bella Cravens capped the list of Nebraska award winners by claiming her second straight Big Ten Sportsmanship Award. A starter to open the season, Cravens helped the Big Red to a perfect 12-0 record. She suffered an ankle injury prior to NU’s win over Michigan (Jan. 4) and missed the next four starts because of the injury. Markowski took over the starting role, and since returning to action Cravens has continued to play outstanding basketball in a supporting role. She finished the season averaging 6.2 points and 5.6 rebounds, including 7.8 points and 5.8 rebounds over the last five games.

Nebraska will be back in action to begin the postseason on Thursday at the 2022 Big Ten Women’s Basketball Tournament at Gainbridge Fieldhouse in Indianapolis. The sixth-seeded Huskers will face either Wisconsin or Illinois in the final game of the second round at approximately 7:30 p.m. (CT).