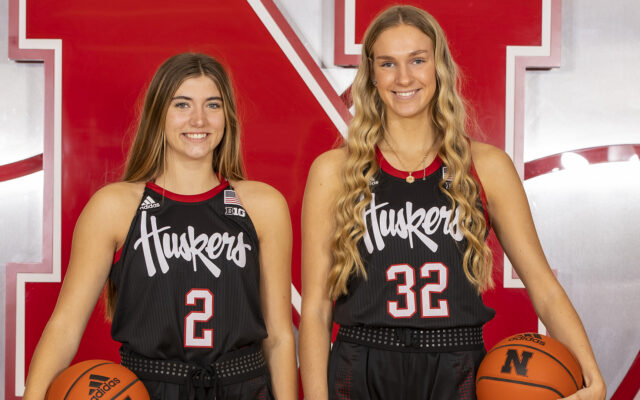 Nissley, a 5-10 guard from Bismarck, N.D. has been ranked as the No. 91 player in the Class of 2023 by ESPN after averaging more than 21 points and three steals while hitting 47 percent of her three-pointers as a junior. She led Bismarck Century to a 50-game winning streak over two seasons before claiming a state runner-up finish in 2021-22. In the 2022 state championship game, Nissley put up 32 points, 11 rebounds and four assists. As a junior in 2020-21, Nissley powered Bismarck Century to a state title to win Gatorade and MaxPreps North Dakota Player of the Year honors after producing school records with 556 points (21.4 ppg), 100 assists and 93 steals while hitting 46.4 percent of her three-point attempts. A four-time volleyball letterwinner, she added a 2021-22 North Dakota Volleyball Player of the Year award with 361 digs, 357 kills, 34 blocks and 19 service aces while leading the Patriots to their second straight volleyball state championship..

“We are thrilled that we can finally make Logan’s commitment to our program official,” Williams said. “She is a prolific shooter and has an incredible feel for the game. Her skill-set translates perfectly to our team and system, and she is a great match for our team’s culture. Her experience in winning multiple state championships will add to our winning culture. We are definitely excited to get her in a Husker uniform.”

The daughter of Brad and Ashley Nissley, Logan was born Oct. 3, 2004 in Bismarck, N.D. She has a younger brother, Garrett. Logan plans to double major in marketing and management in the College of Business at Nebraska. She selected Nebraska over Gonzaga, Minnesota, Utah and Iowa.

“I chose Nebraska because of the family culture the girls brought to me when I visited,” Nissley said. “The program itself and the facilities are amazing, but it felt like my second home and I knew it was meant for me. The coaches were unmatched and were by far my favorite because they cared about me as a person not just an athlete.”

Potts, a 6-2 power forward averaged 20.7 points and 9.3 as a sophomore to earn Gatorade and MaxPreps Missouri Player-of-the-Year honors after leading Incarnate Word Academy to a Class 6A state championship in 2021. She was also the St. Louis Metro Area Player of the Year. Incarnate Word finished No. 20 in the final espnW national rankings with a perfect 29-0 record. She also broke the Incarnate Word Academy single-game scoring record with 40 points on 19-of-21 shooting in a win over Ladue on Feb. 3, 2021.

Potts followed her sophomore season with another impressive year, averaging 19.3 points, 8.6 rebounds, 3.3 assists and 1.5 blocks to lead the Red Knights to a second straight state title. Potts hit 61.9 percent of her shots from the field as a junior. The previous record was held by two-time UConn first-team All-American Napheesa Collier. Potts opened her high school career with averages of 10.1 points and 8.3 rebounds as a freshman.

Potts, who played AAU basketball for Phee Elite, heads into her senior season ranked as the No. 1 recruit in the state of Missouri by Prep Girls Hoops.

“We are so excited to add Natalie to our Husker women’s basketball family,” Williams said. “She is a great fit for us both on and off the basketball court. She has an incredible motor, and her competitive spirit matches the values we have for our team. She is versatile and a proven winner from one of the most successful high school programs in the country. We can’t wait to see her thrive in a Husker uniform.”

The daughter of Eric and Sarah Potts, Natalie was born Nov. 7, 2004, in St. Louis, Mo. She has an older brother, Kyle, and a sister, Sarah. Natalie plans to major in sports management at Nebraska. She selected Nebraska over Gonzaga.

“I chose Nebraska because I loved the community and the family feel. Everything about the campus and the town was what I wanted,” Potts said. “The coaching staff and the team are just super sweet and welcoming and just a good group of people to be around.”