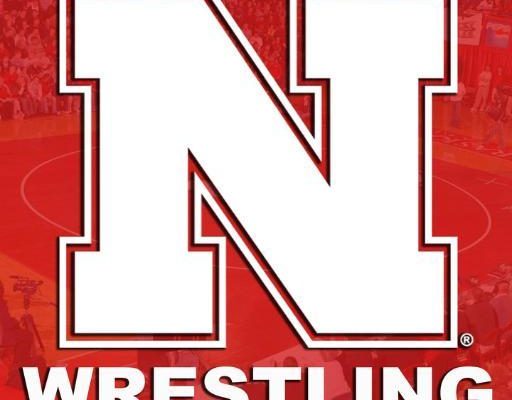 The No. 7 Nebraska wrestling team defeated the No. 13 Illinois Fighting Illini 30-9 on Sunday afternoon. After falling behind 9-0 in the first three matches, NU went on to win the remaining seven matches of the day to earn a convincing Big Ten victory.

The first match of the day featured a top-15 battle between NU’s #13 Zeke Moisey (125) and #15 Travis Piotrowski. The Illini earned the first points of the day as Piotrowksi used a trio of takedowns to defeat Moisey, 6-5.

In the next match, true freshman Jevon Parrish (133) trailed 7-1 heading into the third period. He then went on a ferocious rally to cut the deficit to 9-7 after landing a reversal and two takedowns against #17 Dylan Duncan. He fell just short of an upset victory as Duncan held on for a 10-7 decision to extend the Illinois lead to 6-0.

After dropping the first three matches of the day to fall behind 9-0, junior Jordan Shearer (149) sparked a Husker turnaround which saw Nebraska claim victories in each of the final seven bouts. Shearer scored the Huskers’ first points of the match with a 7-3 decision over Christian Kanzler. The Fargo, N.D., native earned takedowns in both the second and third periods to move to 7-5 on the season (4-3 in duals).

Tyler Berger, the No. 2 ranked wrestler in the country at 157 pounds, jolted the crowd to life after he pinned #12 Eric Barone in the third period. Berger held a 4-1 advantage before working Barone onto his back midway through the third to record his second pin of the season. Following the pin, Nebraska was penalized one point due to misconduct.

“With him [Eric Barone], he’s good defensively and knows how to slow guys down,” Berger said. “I just had to stay focused, stay disciplined and keep attacking. I could feel him getting tired and I knew I was going to put him away in the third period.”

His team within striking distance, #6 Isaiah White (165) of Nebraska faced off with #19 Joey Gunther of Illinois. White remained in control throughout the match, earning both first and third period takedowns to earn a 7-2 decision and put the Huskers on top, 11-9. White won 11 of his past 12 matches.

Easton, Pa. native Mikey Labriola, the 9th-ranked 174-pounder in the nation, faced off against Carver James of Illinois. Labriola came out strong, recording three takedowns in the first two periods to jump out to an 8-4 advantage. With the help of a pivotal four-point nearfall in the third period, Labriola outlasted James 16-7. His fourth major decision of the year extended the Huskers lead to 15-9.

The most highly anticipated match of the day featured #5 Taylor Venz (184) of the Huskers and #2 Emery Parker of the Illini in their fourth meeting dating back to last season. The two faced off three times in the 2017-18 season, with Parker taking two of the three bouts. Holding a 5-2 lead in the third period, Venz got Parker on his back and pinned him for a critical victory, much to the delight of the Husker faithful. Venz leads all NU starters with five victories by pinfall and has won two of his last three matches by fall.

“I trusted in my training and my skillset enough to where I could just go out there and try to be tougher than he is,” Venz said. “I think when you apply that, big things can happen and we saw that today.”

Nebraska’s #11 Eric Schultz (197) battled hard with Andre Lee of Illinois until the final whistle, utilizing a late escape paired with a misconduct penalty by Lee to squeak out a 2-1 decision.

The final match of the day saw #14 David Jensen (285) of Nebraska face-off with Illinois’ Deuce Rachal. The pair previously met on Jan. 5 of last season and resulted in Jensen claiming a 7-2 decision. Jensen earned an early takedown in the first period, but Rachal drew within one point courtesy of an escape to close the period. In the second period, Jensen came up big to pin Rachal at 3:32 and subsequently cap off a 30-9 Husker win over Illinois.

With the win, the Huskers moves to 9-3 (3-2 B1G) while the Illini dropped to 2-5 (0-4 B1G). NU has now won three out of its four duals at the Devaney Center this season with wins over Northwestern, #14 Northern Iowa and now #13 Illinois. #4 Iowa comes to town next weekend followed by #7 Minnesota on Feb. 8 and Stanford on Feb. 23 to close the season.