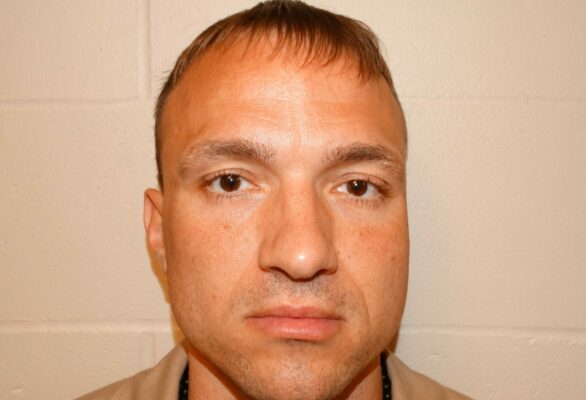 37 year old, Richard Reynolds left his work location in Waverly early Thursday morning.  When staff members from the facility went to look for him, they found the monitoring device he had been wearing in a parking lot near 148th and Cornhusker Highway.

Reynolds started his sentence on December 28, 2017.  He was sentenced to seven and a  half years to 13 years on charges out of Adams and Lancaster counties that include use of a deadly weapon to commit a felony, third degree domestic assault, assaulting a peace officer, escape and theft by unlawful taking.  Reynolds has a tentative release date on January 24, 2024.  He is scheduled for a parole hearing in January 2023.

Reynolds is a 37-year old white man, 5’ 11”, 205 lbs., with brown hair and brown eyes.  Anyone with knowledge of his whereabouts is asked to contact local authorities or the Nebraska State Patrol.

CCC-L is one of two community custody facilities operated by NDCS. Community custody is the lowest custody level and the least restrictive facility.   Inmates are allowed to participate in work opportunities, attend school and religious services with prior approval and without direct supervision.