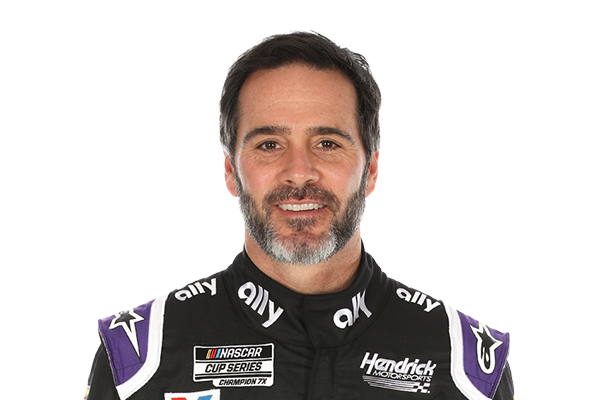 (KFOR NEWS  September 14, 2021)  Seven-time NASCAR Cup Series champion Jimmie Johnson, who credits the Herzog family for playing a major role in helping launch his racing career, will be part of the festivities honoring Herzog Motorsports at the Speedway Motors Museum of American Speed in Lincoln, Nebraska, on October 15-16, 2021.

Johnson will join other racing legends, including Larry Ragland, Todd Bodine, Danny Ashcraft and Dave Mason, for a two-day celebration to commemorate the Herzog family’s legacy in the sport, and will help kick off a long-term display at the Museum of the iconic cars and trucks that raced under the Herzog Motorsports banner in the 1980s through the 2000s.

Festivities will include a public welcome party, autograph signings, a Cars & Coffee event, and a private gala.

The upcoming display will feature Herzog memorabilia, and the race vehicles will include Baja and Pikes Peak-winning trucks, as well as Johnson’s NASCAR Busch Series and ASA Chevy Monte Carlos. The display will be opened to the public following the Friday night gala.

A one-hour TV special on the history of the team and founders Stanley and Randy Herzog, with support from father Bill, is scheduled to air on Fox Network in September, produced by renowned motorsports reporter Rick Benjamin. Excerpts from the special will be shown during the private gala.

“I knew of the Herzogs and really respected their program and the success that they had in the SCORE Desert Off Road Series,” said Johnson in his interview with Benjamin for the TV special. “They were racing in the Midwest and if it wasn’t for Chevrolet trying to keep me busy and trying to keep me on television and offered me a pit reporting job I wouldn’t have met them.”

Johnson, who joined Herzog Motorsports in 1996 and raced for them in off-road, ASA and NASCAR competition through 2001, added, “I can go on and on how wonderful they are. They became fathers to me, Stan and Randy both. I’ve spent so much time with them, at a critical age in my growth as a man, professionally and personally. I was away from home on the road with them a lot, so their wisdom, their advice, their mentoring, their care for me, and bringing me into their family as they did, meant the world to me.

“I look back on it now and smile with pride and joy for the time we had together, at the start of my professional career, which they had so much to do with.”

As for Johnson joining the team, “It evolved around the development of a young off-road driver by the name of Johnson, which was Jimmie,” said Randy Herzog in a similar interview with Benjamin. “GM wanted to develop him and through a certain set of circumstances Herzog Motorsports was selected as the vehicle to develop him, and the programs that we elected to do that through involved off-road racing and then the intermediate level of pavement racing, and that evolved into the Busch Grand National Series at the time, and eventually we were programmed to move him on into the Winston Cup Series, which didn’t actually end up under us.”

When asked if Johnson was his favorite, he responded, “I’d have to say he’s the most prominent. He’s the closest to my heart, I’ll say that. I loved all the drivers who drove for us.”

The Herzogs owned or sponsored race teams that won championships in SCORE, CORR, SODA, NHRA Funny Car class, and have scored victories in such prestigious events as the Baja 1000 and Pikes Peak International Hillclimb.