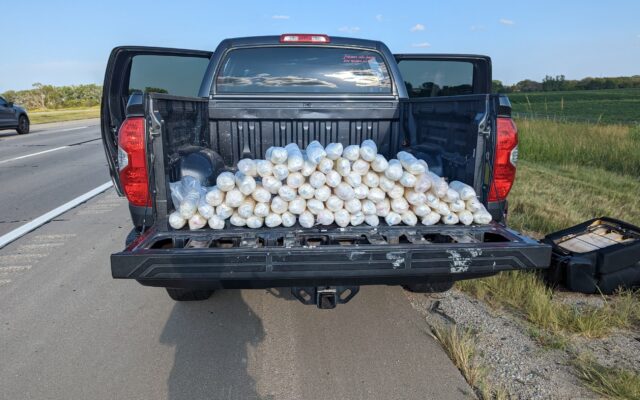 The back of a the truck pulled over for a traffic violation that contained 79 pounds of meth late Monday afternoon along Interstate 80 near Waverly. (Courtesy of the Lancaster County Sheriff's Office)

WAVERLY–(KFOR Sept. 6)–Two people are in jail, after meth was found in their vehicle during a traffic stop late Monday afternoon.

Lancaster County Chief Deputy Ben Houchin says the Criminal Interdiction Unit pulled over a gray 2018 Toyota Tundra with California plates for a traffic violation along eastbound Interstate 80 near the Waverly exit. Consent was given to deputies to search the vehicle.

“During the search, 79 pounds of meth was located,” according to Houchin.

Houchin says the estimated street value of the meth is between $350,000 and $400,000. The two occupants, Juan Corona and Gladis Madrigal, were arrested for possession of methamphetamine with intent to deliver.