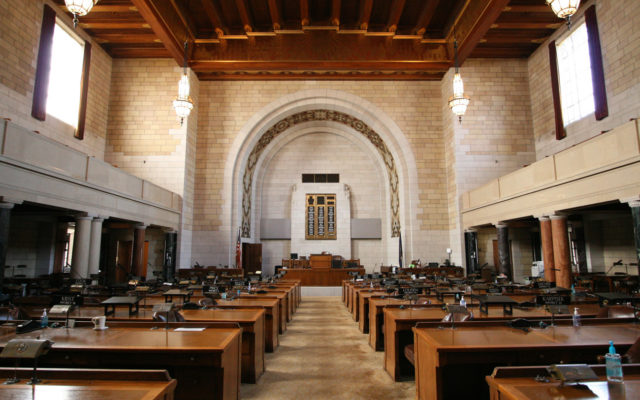 Lincoln, NE (May 19, 2021) Farmers could be shielded from part of the property tax increase generated by passage of a Bond Election, under a bill passed by the Legislature Wednesday.  L-B 2, sponsored by Senator Tom Briese of Albion, limits the amount of increase in the property tax bill on a farm or ranch attributed to bond issues.  Briese told his colleagues that, in some counties, farmers and ranchers own 80 percent of the tax base but comprise only 20 or 30 percent of the voters.

Several Lincoln and Omaha Senators argued in favor of exempting their communities from the effect of the bill, making it operative only for Class Three School Districts, those outside the Metro areas.  Those attempts failed, and the bill passed 36-6 with 7 not voting.

Another one of the bills passed, L-B 387, exempts military retirement pay from state income tax. The sponsor, Senator Tom Brewer of Gordon, argued successfully that passing the bill would help keep military personnel living in nebraska after their retirement.

Lawmakers also passed a new Line of Duty Compensation Act sponsored by Senator Matt Hansen of Lincoln. It will pay a one time $50-thousand dollar benefit to the family of a law enforcement, emergency medical, or public safety worker or fire fighter killed on duty. The bill calls for an annual adjustment equal to the change in cost of living.

Lawmakers also passed and sent two economic development bills to the Governor. One of those getting final approval would set up a system of state grants to communities outside of Lincoln and Omaha to help build better commercial railroad freight access. L-B 40, sponsored by North Platte Senator Mike Groene, sets aside $10 Million dollars for matching grants to communities that apply by the end of 2022.

L-B 156, sponsored by Senator Justin Wayne of Omaha, would allow cities to establish Inland Port Authorities, which would serve as freight distribution centers.   All the bills passed will become law if they’re signed by the Governor.