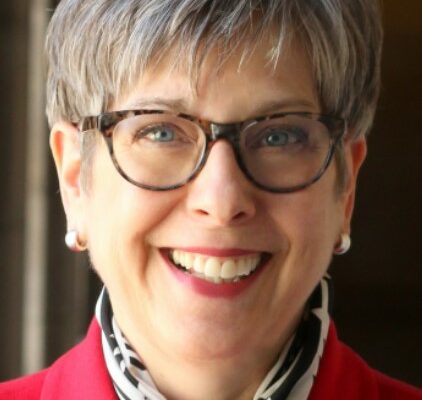 Mayor Leirion Gaylor Baird said today, “We wish Pat all the best as she turns the page on this chapter of her career – amounting to more than four decades of service to the City of Lincoln and our public libraries.  Her true love of literature and passion for lifelong learning touched thousands, and we are grateful to her for leaving a legacy that will continue to benefit our community far into the future.“

Leach began her career at Lincoln City Libraries in 1979. She started as a part-time assistant while still a college student. She also served as South Branch Supervisor and as the Youth Services Librarian before being selected as the Director by Mayor Chris Beutler in 2008 after the previous Director retired.

“I am so proud of the people who make up our library staff, and of their ability and commitment to serve the people of Lincoln,” said Leach. “I want to thank the many people who have been our partners throughout the years, especially those who served on the Library Board and through the Foundation for Lincoln City Libraries. It’s been an honor to be the Library Director in this city that so clearly values lifelong education.”

Mayor Gaylor Baird praised Leach for her leadership during the pandemic, as the libraries adopted innovations like curbside pickup and reserved appointment times. She said other accomplishments that occurred during her tenure as the Director of Lincoln City Libraries  include the following:

“Throughout her library career, Pat has been a fierce advocate for libraries, reading and lifelong learning,” said Dan Sloan, President of the Lincoln City Libraries Board of Directors. “She understands the important role public libraries play in society and has made sure that our libraries continue to meet the ever-changing needs of our community.”

Leach’s last day with Lincoln City Libraries is scheduled for August 31, 2022. The City will conduct a national search for a new director.

Lincoln City Libraries (LCL) supports lifelong education for the Lincoln community through its support for learning, literature, and literacy. Within LCL’s eight locations, people can check out books, DVDs, and CDs, attend special events such as preschool learning times or book groups, use library gathering spaces for study or meetings, and connect to the Internet via the library’s personal computers or the library’s wireless internet.