Lincoln Board of Education choses Paul Gausman as next superintendent 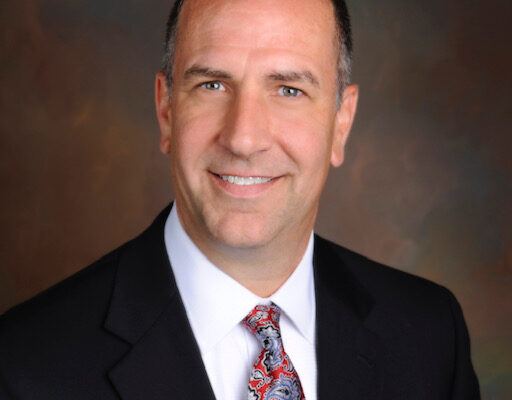 Lincoln, NE (February 22, 2022) The Lincoln Board of Education voted 7-0 Tuesday night at its regular Board meeting to appoint Paul Gausman as the next superintendent for Lincoln Public Schools. The announcement comes after a four-month long national search process that included an extensive recruiting and background check process led by search firm Hazard, Young and Associates. Gausman will replace Steve Joel, who announced his retirement in September 2021.

“All four finalists demonstrated through the community interview process unique leadership skills and a strong desire to become a part of Lincoln Public Schools,” said Board President Connie Duncan. “The Board was looking for someone with the passion and energy to continue our work as a nationally known school district. We believe Dr. Gausman is the right person to keep the momentum going.”

Gausman has been the superintendent for Sioux City Community School District since 2014, during which time the school district has seen significant gains in academic achievement and the graduation rate. In December 2021, he was elected by superintendents from across the nation to serve as president of the Urban Superintendents Association of America. During his tenure, Gausman was named a 2018 finalist for National Superintendent of the Year by the National Association of School Superintendents, and Iowa Superintendent of the Year in 2014. Sioux City Community School District was twice named a District of Distinction by District Administration Magazine – first in 2015 for its Preschool Initiative and again in 2019 for the school district’s work on the Sioux City Career Academy. Under Guasman’s leadership, Sioux City Community School District was also identified as one of the 100 original Future Ready Districts in the nation and a Next Generation High School District by the United States Department of Education and the White House. Gausman stepped into the national spotlight through the documentary “Bully,” which was presented to the White House in 2012 and highlights Gausman’s ongoing work on school safety through school bullying and cyberbullying prevention efforts.

Prior to joining the Sioux City Community School District, Gausman was superintendent for the West Central School District in South Dakota from 2005-2008. Before Sioux City, he served at Sioux Falls School District from 2000-2004, first as coordinator of fine and performing arts and then as the coordinator of middle school education. He also served as director of bands at Millard West High School in Omaha, Associate Director of Bands at Lincoln Northeast High School, and Director of Bands at Wisner-Pilger Public Schools.

Duncan thanked the community for its involvement in the process. “Lincoln citizens are very connected and involved in our schools, and this process was no different. With over 1,000 surveys returned and many phone calls and emails from the community, the Board took all of the feedback into consideration when making this decision. Thank you to our community for caring about our children, our staff and our community.”

Gausman will officially begin his duties at Lincoln Public Schools on July 1, with opportunities over the next several months to meet with and engage the different stakeholders. Those opportunities will be communicated through the LPS website and social media channels.

Gausman will replace Steve Joel, who finishes a 37-year career in education with his retirement in June. Joel joined LPS in 2010 after serving as the superintendent for Grand Island Public Schools for 10 years. Joel’s first challenge at LPS came within his first year when a tragic fire resulted in a complete loss of the LPS District Office in 2011. During his time as superintendent, he has focused on comprehensive solutions to significant school and community issues. LPS has faced booming enrollment, adding approximately 5,700 students in the last 10 years, and passed two bond referendums to build new schools and renovate existing buildings while increasing school security measures and the technology infrastructure.