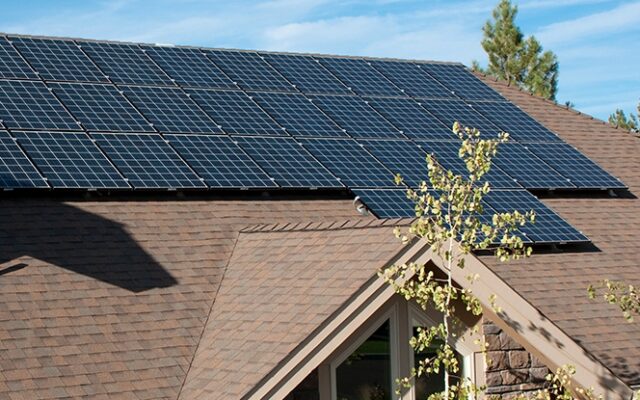 Lincoln, NE (May 23, 2022)  The Lincoln Electric System is warning residents to be wary of door to door salesmen offering solar panels. Mark Shkolnick of L-E-S told KFOR there are two concerns, including high pressure sales tactics.

“They’re saying L-E-S is endorsing them, which we do not do.  They’re also misrepresenting our energy rate to make the payback period look better.”

He went on to say that the misrepresentations reported to L-E-S have involved both current numbers and projections of the future.

Shkolnick emphasized that there is a way to obtain the needed information.

“We have developed a solar network that lists the companies that not only have gone through an orientation, but have signed an acknowledgment that they will present factual information about L-E-S rates, incentives, and other utility related information.”

Shkolnick declined to name any of the companies that have been misrepresenting information or inflating the benefits of solar power.  Rather, he suggested that potential buyers go to the L-E-S website and check to see whether the company they’re considering is listed.  He also said that anyone with questions about the math, the assumptions, or the claims of proposed solar installations can contact L-E-S directly.

“I’m not familiar with the products (of unlisted companies) so it’s very possible that they’re using reputable, quality products” he said.  “It isn’t necessarily the products, but the misrepresentation of facts and numbers that is most troubling.”

Another reported claim made by some solar equipment sales people, he said, is that once a person buys solar panels they will no longer receive a bill from L-E-S or their local utility.

“That’s not true” he said.  “L-E-S still needs to have the capacity to serve that customer’s home or business 24/7, 365.  There is a cost for providing that access, so the customer will continue to get a bill no matter how much energy they produce.  Of course, solar also does not produce energy at night, and L-E-S has to provide that energy, as well as on days when the solar is not producing full output.”

Anyone who wishes to find the list of contractors who have gone through an L-E-S solar orientation, and have pledged to provide factual information, can find it at www.les.com/solar.   The site also provide a checklist for homeowners considering the purchase of solar equipment.