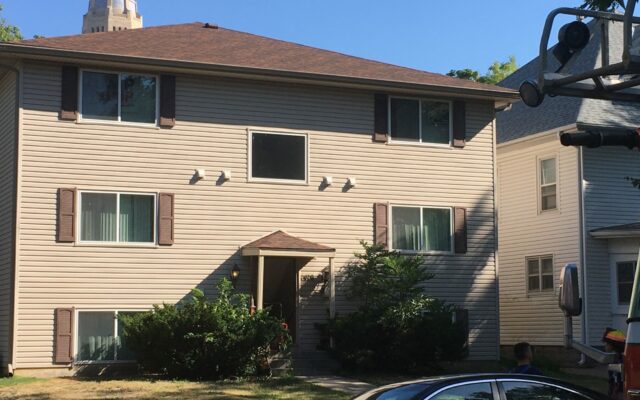 LINCOLN–(KFOR Aug. 31)–Lincoln Firefighters managed to get a fire knocked down and put out in about 10 minutes late Wednesday morning at an apartment building near 14th and “F” Street.

LFR Battalion Chief Mark Majors told KFOR News first arriving crews did see smoke and soon found fire in the hallway of the second level, once they got in through the front door.  The fire was contained to the hallway, but there was some smoke damage reported.

Everyone inside the apartment building at the time managed to get out safely and no injuries were reported.  The cause of the fire remains under investigation.