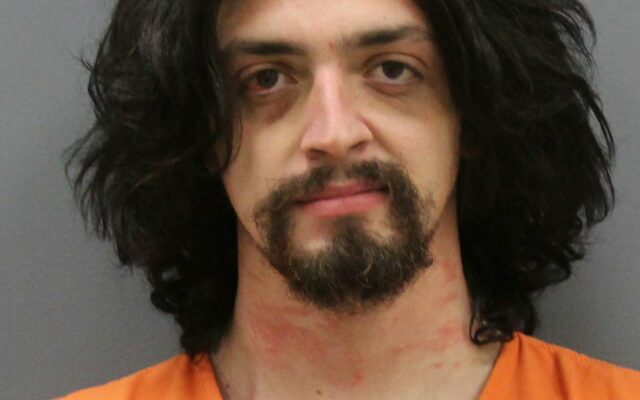 PLEASANT DALE–(KFOR Sept. 20)–A 25-year-old Lincoln man is in jail, after a traffic violation and pursuit that ended with him going off the road and trying to flee from an open field in rural Seward County on Monday afternoon.

In a news release sent to KFOR News from the Seward County Sheriff’s Office, a deputy saw a westbound vehicle at 168th Road and Highway 6 committing traffic violations.  When the deputy turned on the emergency lights to his cruiser, the vehicle driven by Aaron Marquez didn’t stop a pursuit ensued.  Deputies say the vehicle lost control and went off the road in a bean field.  Marquez then took off on foot into a wooded area.

The Nebraska State Patrol and Lancaster County Sheriff’s Office  and other Seward County deputies helped in the search and about an hour later, Marquez was found and taken into custody.

A probable cause search of the vehicle showed half-pound of marijuana packaged for distribution and deputies later found out that Marquez was driving under a suspended license, plus having two warrants in Seward County.  One includes disturbing the peace, along with possession of marijuana over one ounce to one pound, while the second warrant  was a charge of possession of a controlled substance.

Marquez  was arrested for operating a motor vehicle to avoid arrest, willful reckless driving, possession of marijuana over one ounce to one pound, possession of a schedule 1
controlled substance with intent to distribute, driving under suspension, and obstructing a police officer.

Marquez was lodged in the Seward County Detention Center.