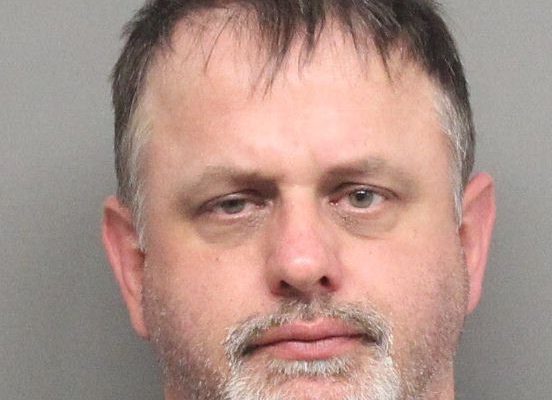 Police say it was just before 11pm that officers were called about a weapons violation on progress in the area of 56th and Holdrege, where a victim told officers he was westbound on Holdrege between 84th and 70th Streets, when he saw a truck stopped in the middle of the street.  The truck suddenly went into reverse and started to back into a driveway and the victim told officers he had to swerve out of the way to avoid hitting the truck and honked the horn.

The pickup truck driver yelled out the window, as the victim continued driving west, while the suspect pulled out of the driveway, squealed its tires and started following the victim.  When the victim stopped at a red light at 56th and Holdrege, police say the driver caught up and got out, ultimately pulled out a handgun and pointed it at the victim.  Police add the victim feared for his life and the life of his 19-year-old female passenger, after the suspect, later identified as Terry Meisinger, made threats.

Later on, police found the truck backed up in the driveway of a home in the 7400 block of Holdrege and contacted Meisinger, who was identified as the man responsible.

Meisinger was arrested for two counts of terroristic threats, and two counts of use of a firearm to commit a felony.   Officers found a .45 caliber Springfield handgun in Meisinger’s truck.