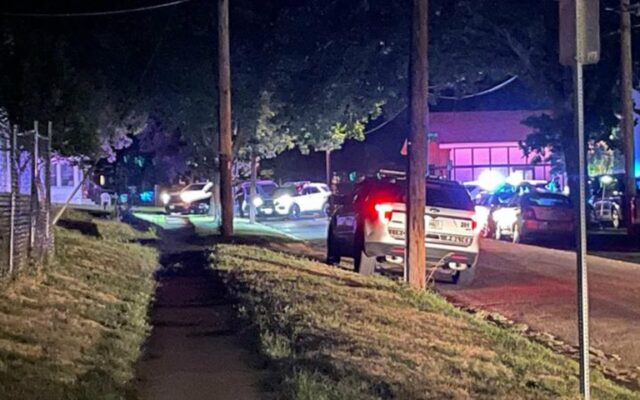 (KFOR NEWS  September 21, 2022)   The Lincoln Police Department is investigating a shooting that occurred in the area of 22nd and Dudley St on Tuesday, September 20, at 9:45 p.m.

An officer was driving in the area when an 18-year-old Lincoln man ran up to his cruiser and told him he was shot.  While officers were providing him aid a 19-year-old Lincoln man ran out from a nearby house and approached them. He was found to also have a gunshot wound.  Both were taken to a local hospital, the 18-year-old with life threatening injuries and the 19-year-old with non-life-threatening injuries.

The responding officers secured the area and began to search for witnesses. Interviews conducted at the scene led the investigators to write a search warrant for the house.  The warrant was served by the Lincoln Police Department SWAT Team.  The suspect, a 19-year-old Lincoln man, is known to both victims. Officers are actively searching for him, but he has not yet been located.  This remains an active investigation.

The Lincoln Police Department urges anyone who witnessed this incident or has information to please come forward by calling 402.441.6000 or Crime Stoppers at 402.475.3600.