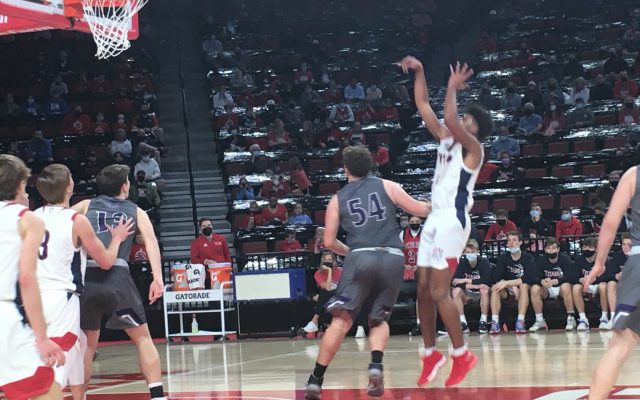 Norris' Trey Deveaux shoots the ball over Blair's Wyatt Ogle (54) in the fourth quarter of the Class B quarterfinal at the NSAA Boys State Basketball Tournament on Tuesday, Mar. 9, 2021 at Pinnacle Bank Arena. (Jeff Motz/KFOR Sports)

The annual awards program began in the fall of 2006 to recognize the state’s most successful high school athletic and fine arts programs, presents awards to the 12 Nebraska high schools which earn the most points during the school year by participating in NSAA education-based activity programs.

The all-activities (fine arts and sports), all-school recognition platform recognizes the “Best of the Best” each year in NSAA programs. The NSAA Cup will be presented to the winning schools in the four classes of the All-School Division, Girls Division and Boys Division during special ceremonies this fall.

Cup information and standings are available on the NSAA website here.

6 days ago
Connect With Us Listen To Us On