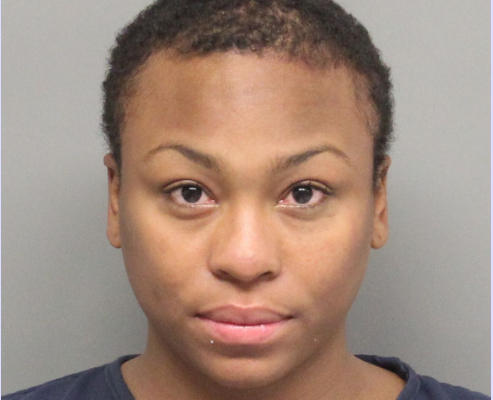 LINCOLN–(KFOR Aug. 17)–A 29-year-old Lincoln woman is accused of spitting at the faces of two Lincoln Police officers, biting one of them in the back of the head, along with damaging a police cruiser and a passing vehicle on Tuesday afternoon in the 900 block of West Dawes Avenue.

Sgt. Chris Vollmer said officers were called about an intoxicated woman in the street, who punched a 2017 Honda Civic as it was driving by her.  A dent was found in the truck for $500 in damage.  Officers showed up and talked to Camille Williams, who fit the description given by a caller.

Vollmer said officers believed that Williams was intoxicated to where she couldn’t care for herself and was going to be taken into protective custody.  Williams took off but was quickly captured.

As she was being put into a police cruiser, Vollmer said Williams apparently spit in the face of the two officers, kicked the rear cruiser door off alignment for $1,500 in damage and bit one of the other officers in the head.  Vollmer said the officer’s injury didn’t require any medical attention.

Williams was transported to jail and cited for assault on an officer, criminal mischief, assault with bodily fluid, resist arrest and obstructing a police officer.