Local and State Wide Broadcast Events For Memorial Day, In Lieu of COVID-19 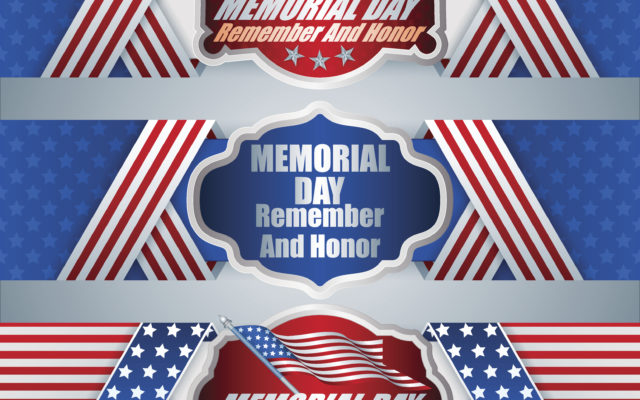 The Local Memorial Day Observance Association ,led by co-chairs Greg Osborn and Brendan Moore, have announced the following schedule for Memorial Day that comply with the guidelines to be followed due to the coronavirus pandemic. Since the early 1970’s, three events to honor veterans that have been held annually on Memorial Day have been cancelled due to the coronavirus outbreak. The three events would have taken place at Wyuka Historic Cemetery, Lincoln Memorial Cemetery and Veterans Memorial Garden. In place of the events, Lincoln Memorial and Wyuka will be decorated with our nation’s flags and each will have a 48-inch wreath and service flags placed at both cemeteries where the traditional programs have been held in the past.

At Veterans Memorial Garden, officials will have a “prerecording” of the “reading of the names”. This will be broadcast on Monday at 9 AM, 11 AM and 7PM on LNKTV the City of Lincoln’s government access channel. The broadcast can also be viewed on ALLO channel 2, Spectrum channel 1300, and on Kinetic channel 1005. It can also be viewed on demand at lincoln.ne.gov. (keyword :LNKTV)  and on YouTube.com/LNKTVcity

“This reading will be the names of the roughly 500 veterans in Lancaster County who have passed away since Memorial Day 2019” said Osborn.

A statewide broadcast will also honor veterans from 8 AM to 8 PM from the Rotunda at the State Capitol that will include lighting a tall, single candle that will be lit at 8 AM then extinguish at 8 PM. The service flag, state flag and the US flag will be displayed in a half-circle around the candle.There will be two sentinels on guard changing every half hour with veterans and current military member from throughout the state, with an explanation of the event. This will be live streaming on the states website at veterans.nebraska.gov/memorialday.  and also on Nebraska Educational Telecommunications through their website and app.