Local Workers, Leaders, And Advocates Speak On The Importance Of Raising The Wage 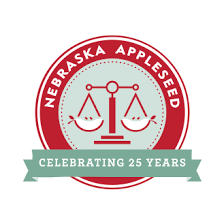 (KFOR NEWS  November 10. 2021)   The Raise the Wage Nebraska coalition launched a virtual conference Tuesday to focus on experiences and stories of local Nebraska workers, leaders, and advocates on the importance of raising the state’s minimum wage wage to $15 per hour by 2026.  Watch the Facebook Live recording here.

Omaha Community Member and Worker, Hannah Robinson:  “Look at living costs. Try finding good housing with only $1,000 a month. Working 40 hours at Nebraska’s minimum wage of $9.00, earns less than $400. Try to create a budget that would sustain you through two weeks – one that would pay rent, put gas in your car, put food in your stomach, and still put money in savings. This was my reality as I worked two jobs for over 60 hours a week to support myself.  There were days my feet hurt so much I could barely press on the brake or the gas. I was told to work harder, to get a second job when I was already working full time, from the moment I got up to late into the night, beyond what I was scheduled.   Workers are worth a wage that doesn’t sacrifice their health or their identity for it. With this change, we could improve so many people’s quality of life.”

Senator Terrell McKinney, representing District 11:  “Even throughout my life, it’s been especially important for me to always advocate for more because I grew up in poverty. Throughout this global pandemic, we’ve seen that many Nebraskans aren’t paid adequately. We rave about our unemployment rate, but forget that, many people are working multiple jobs and not being paid much.   We cannot continue to underpay those that we deem as essential workers. In an effort to innovate our economy and retain talent, we must do all that we can to ensure that our kids can continue to see that there’s value in staying home.”

Executive Director of YWCA of Grand Island, Amy Bennett:  “In 2020, we said thank you to [essential workers] with social media posts, yard signs, and painted windows. Yet we have let these essential workers remain the most underpaid people in Nebraska. They rely on social safety nets and public benefits in order to survive, despite working backbreaking hours. In one of the wealthiest countries in the world, workers are still being forced to choose what bills they can pay that month.   In Nebraska, we care about each other; we look out for our neighbors. It is time to back up this value with policy. Now is the time to raise the minimum wage in Nebraska, to demonstrate care for Nebraska workers and families.”