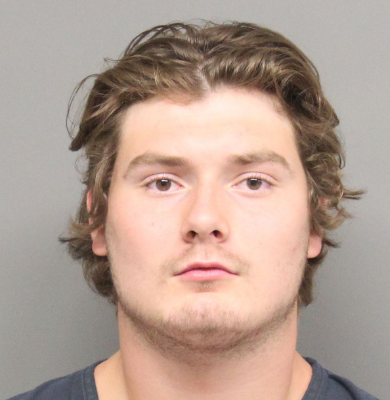 LINCOLN–(KFOR Aug. 19)–A 19-year-old Lincoln man was arrested late Thursday night at his home for allegedly hitting a bike patrol officer with his motorcycle along the sidewalk of Centennial Mall near “P” Street back on August 11th.

Alexander Nelson was arrested on several charges, including 2nd-degree assault on an officer.  Nelson took off from the scene, but later got rid of the motorcycle.

“In an attempt to conceal (the motorcycle), it was spray-painted and sold to an unknown party,” Sgt. Chris Vollmer said on Friday morning.

The motorcycle was being driven recklessly around Downtown Lincoln on August 11, before two bike officers tried to stop it, one of them being hit and suffered injuries to his left shoulder, hand and leg.