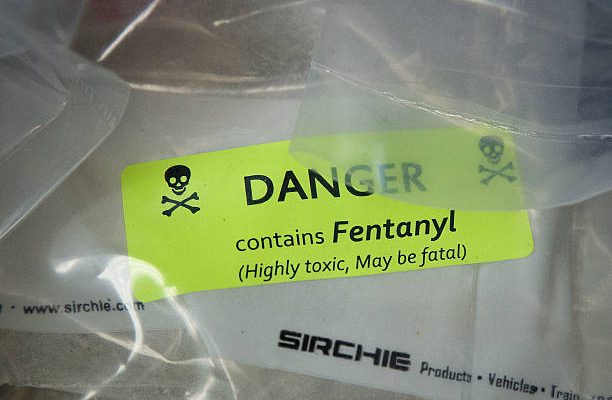 NEW YORK, NEW YORK - SEPTEMBER 23: Bags of heroin, some laced with fentanyl, are displayed before a press conference regarding a major drug bust, at the office of the New York Attorney General, September 23, 2016 in New York City. New York State Attorney General Eric Scheiderman's office announced Friday that authorities in New York state have made a record drug bust, seizing 33 kilograms of heroin and 2 kilograms of fentanyl. According to the attorney general's office, it is the largest seizure in the 46 year history of New York's Organized Crime Task Force. Twenty-five peopole living in New York, Massachusetts, Pennsylvania, Arizona and New Jersey have been indicted in connection with the case. (Photo by Drew Angerer/Getty Images)

LINCOLN–(KFOR July 27)–Over a three-day period this past weekend, Lincoln Police handled ten drug overdose calls, with officers seeing one common theme in all the overdoses involving cocaine.

Officer Luke Bonkiewicz on Tuesday said it doesn’t mean people overdosing on cocaine, but investigators believe people may be ingesting a substance they think is cocaine but in reality, contains unknown opiates which can cause an overdose.

The 10 overdoses handled by LPD between Friday, July 23 and Sunday, July 25 were in a wide range of age groups and happened all over the city. Officers are working to see if any of these overdoses have a connection.  Officer Bonkiewicz said NARCAN was used in these overdoses which saved lives. NARCAN is a medicine used to treat someone experiencing an overdose which counteracts the life-threatening effects of an overdose.