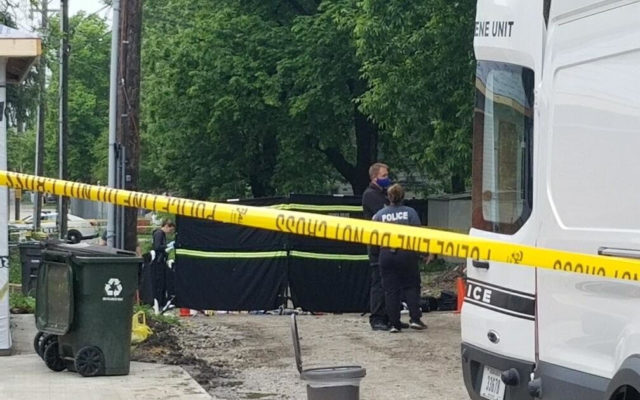 Lincoln Police investigate a murder scene in an alley way close to 33rd and "T" on Saturday, May 23, 2020. (Dale Johnson/KFOR News)

LINCOLN–(KFOR May 23)–Lincoln Police are investigating a homicide that happened a few blocks south of 33rd and Vine early Saturday morning.

According to a news release from Lincoln Police to KFOR News late Saturday morning, a 31-year-old man died from a shooting in an alley between 32nd and 33rd Streets, from “S” to “T” streets.

Police were called to the area shortly befroe 4:30am Saturday about a shooting.  Officers arrived and found the man in the alley with gunshot wounds.  Attempts to save the man’s life by friends, police officers and Lincoln Fire and Rescue were unsuccessful.

Police have no suspects at this time and crime scene technicians are in the preliminary stages of the investigation.

Police will have a detailed update on Tuesday morning at the 8:45am daily media briefing.