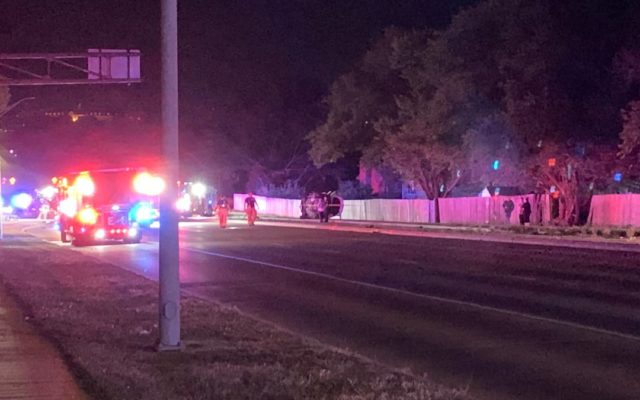 The call came in just after 2:20 a.m. of a two-vehicle at Briar Rosa Drive and Old Cheney Road, just east of 27th Street. Police tell 10/11 NOW two people are critical, and that a third has also been hospitalized.

Details on how the crash occurred aren’t available at this time, as the incident is under investigation.

A 10/11 NOW reporter at the scene saw one vehicle was on its side on a sidewalk on the south side of Old Cheney. Another vehicle was facing westbound in the westbound lanes with significant damage. Police confirmed that there was also damage to a fence, and that a light pole had been taken out.

The crash comes less than 24 hours after another one happened Saturday morning just after 11:30 a.m. at 31st & Old Cheney.