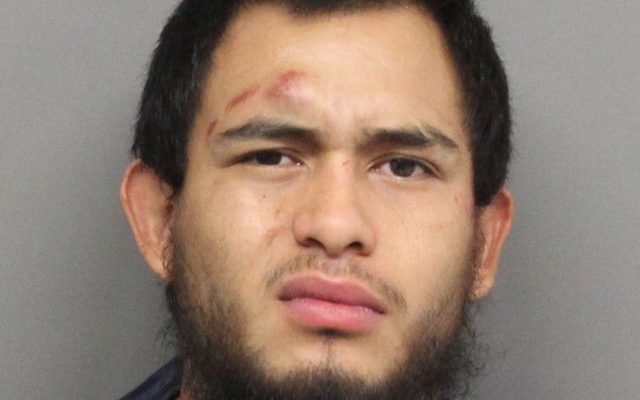 LINCOLN–(KFOR July 9)–A 21-year-old man, who fled from a traffic stop, was arrested after he fought with police officers at a northeast Lincoln apartment late Wednesday night.

It happened near 67th and Holdrege, when Junior Salguero took off from police, after they tried to stop him blocks away at 66th and Orchard.  The car Salguero was in was wanted in connection to a previous traffic stop.  Officer Luke Bonkiewicz on Thursday said when Salguero went into the apartment building, more officers surrounded the building, while they were talking with him to come out.

Salguero eventually agreed to come out, but he changed his mind and tried to run.  While officers tried to arrest him, Salguero wouldn’t let go of a handrail and when one of his hands was removed, he allegedly bit an officer in the arm, breaking the skin, according to Bonkiewicz.

Another officer suffered some abrasions and bruises during the arrest.