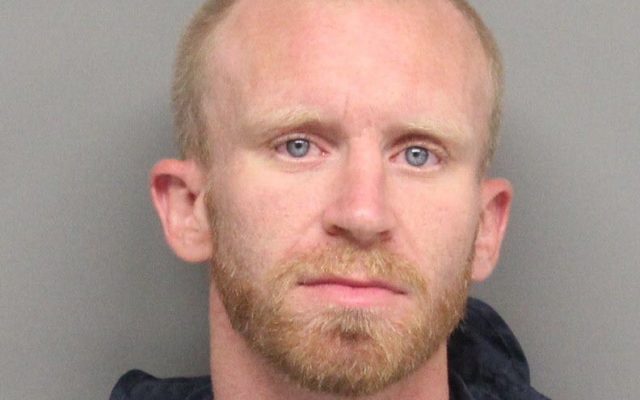 LINCOLN–(KFOR July 6)–A freshly cut catalytic converter, along with a glass pipe that had meth residue in it, were found in the backseat of a vehicle at the Cornhusker Heating and Air lot east of 29th and Cornhusker early Sunday evening.

Lincoln Police say someone suspicious was found under one of the vehicles on the property.  Police were notified about a man, who jumped into a car and drove behind some nearby grain bins.  A traffic stop was made and the driver provided a false name and was found with a reciprocating saw blade inside.

A probable cause search of the vehicle was conducted, and officers found a newly cut catalytic converter and a glass pipe with methamphetamine residue.  Officers were able to determine the man’s identity, 36-year-old Sean Martinson, after finding paperwork inside the vehicle and determined he had active warrants in four different states.

Officers spoke with the owner of Cornhusker Heating and Air and they located a new truck on the property with fresh saw blade marks.  Officers also found the vehicle Martinson was driving had stolen license plates affixed to it as well as another stolen license plate inside the vehicle.  Martinson was also found to have a suspended driver’s license.