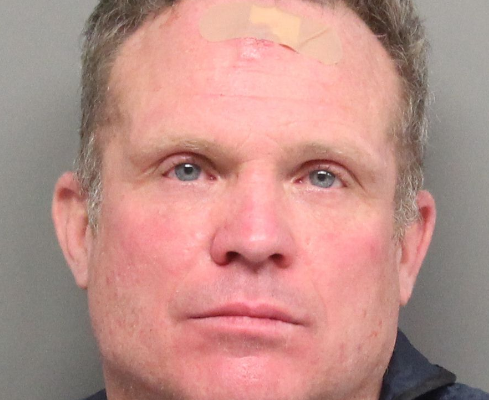 LINCOLN–(KFOR July 1)–A 50-year-old Lincoln man is in jail, suspected of making terroristic threats, committing burglary and using a weapon to commit a felony.

Lincoln Police were called just after 3pm Thursday to an apartment building in the 1800 block of Knox Street, where officers talked to the 56-year-old victim, who told them his neighbor, later identified as John Golden, kicked in his apartment door and threatened him with a six-inch Bowie knife.

Officers soon found Golden outside the building still holding the knife, but he dropped the knife and took off running back to his own apartment.  Golden eventually surrendered without any other incident and was taken to jail.