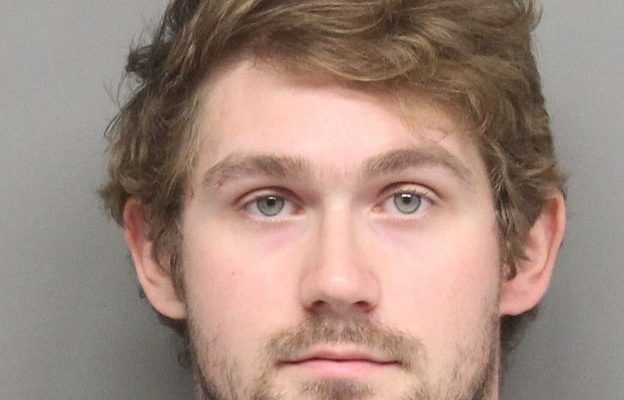 LINCOLN–(KFOR Oct. 15)–A 24-year-old man was arrested, after he was wanted in connection to a Sept. 11 incident and sped away from officers at the time, along with a traffic stop this week that led to a gun and some marijuana being found.

Lincoln Police Officer Erin Spilker on Friday said that David Minchow was seen by an officer during a burnout on his motorcycle in the parking lot of EZ Go at 25th and “O” on Sept. 11, when officers were trying to clear the lot from people loitering. Since it happened close to people and the gas pumps, the officer tried to pull over Minchow, who looked at the officer and took off.

Then around midnight Thursday, police did a traffic stop for improper registration at 23rd and “O” and contacted the driver of an SUV, which turned out to be Minchow. Police had been looking for him and was taken into custody. Officers also found a loaded 9mm handgun in the center console and one gram of marijuana resin.

Minchow was arrested for felony flee to avoid arrest, willful reckless driving, carrying a concealed weapon and possession of marijuana.