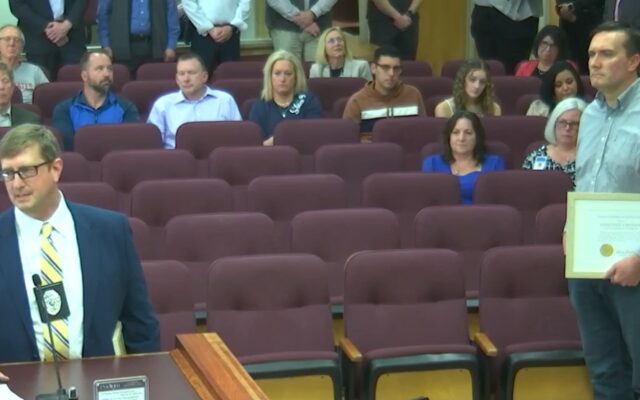 Cronin and Franken were nominated by Sergeant Mike Ripley in the category of productivity for their work on the fatal shooting of a Lincoln woman.  Multiple suspects had unlawfully entered the victim’s home and restrained her children. The victim was shot when she responded to the commotion. After photos from the home video surveillance system were released to the public, suspects were identified, located and arrested.  The 2 1/2-year investigation resulted in five convictions, and all the individuals responsible are serving lengthy prison terms.

“The amount of dedication and professionalism shown by Investigator Franken and Investigator Cronin was crucial to the successful outcome of this case, and also provided closure to the children and other family members who still suffer from the trauma of this event,” Ripley wrote.

The other categories in which employees can be nominated are customer relations, valor, safety, and loss prevention. Consideration also may be given to nominations that demonstrate self-initiated accomplishments or those completed outside of the nominee’s job description. All City employees are eligible for the award except for elected and appointed officials.

Individuals or teams can be nominated by supervisors, peers, subordinates, and the public.  Nomination forms are available at lincoln.ne.gov/awardofexcellence or from department heads, employee bulletin boards or the Human Resources Department, which oversees the awards program.