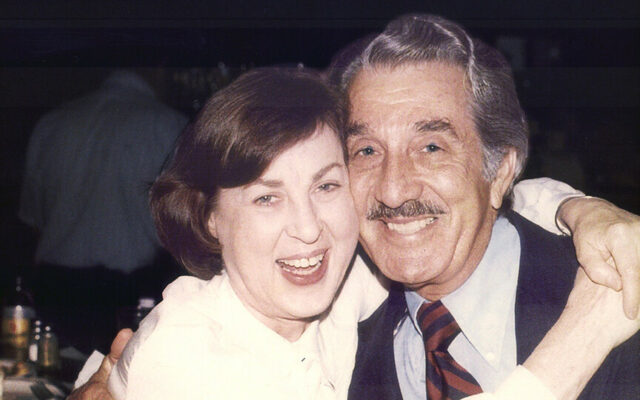 An additional gift of $755,000 from the Meier Foundation will support construction of a new television studio and newsroom at the University of Nebraska–Lincoln’s College of Journalism and Mass Communications. It replaces an existing studio and will include a newsroom, television control area and three separate news sets. It will incorporate cutting-edge technology that supports live broadcasts or one-person productions.

A 1941 Husker alumnus, the late Donald “Don” Meier used estate planning to direct assets from his charitable foundation to provide significant support for the University of Nebraska. During their lives, Meier and his late wife, Lorena, gave regularly to the university and established 14 student scholarship funds, the first one being created in 1999.

“The generous support from Donald and Lorena Meier — during their lives and through planned giving — will help make the university even more accessible and affordable for thousands of students,” Chancellor Ronnie Green said. “Support for a new, state-of-the-art TV studio and newsroom will also offer a truly professional experience for journalism students.

“The philanthropic mark made by Don and Lorena on our students and the entire University of Nebraska system will continue for generations.”

The Donald and Lorena Meier Foundation has committed to transfer assets to the University of Nebraska Foundation over the next several years to fulfill the Meiers’ wishes of helping young people achieve their educational goals.

“Don and Lorena Meier cared deeply about Don’s alma mater and assisting students in achieving their own career success and enjoyment,” said David Shoub, president of the Donald and Lorena Meier Foundation. “Over the next 25 years, the foundation plans to provide an estimated $10 million in support of student scholarships to fulfill the charitable wishes of Don and Lorena. We’re pleased to be carrying forth their aspirations in making a University of Nebraska education possible for more promising students for generations to come.”

Don and Lorena Meier had distinguished media careers that included the production of award-winning national network television shows, the most popular and long running being Mutual of Omaha’s “Wild Kingdom” and “Zoo Parade.”

“Wild Kingdom” was an Emmy-winning wildlife documentary program starring Marlin Perkins that aired from 1963 to 1971 on NBC, after which it entered syndication. Episodes of the program air on RFD-TV, with new and updated content across many of its digital properties.

Meier also produced “Zoo Parade,” a 1950s NBC program featuring animals from the Lincoln Park Zoo in Chicago. Prior to producing these programs, Meier served as an NBC producer for several local programs and events, including television broadcasts of Chicago Cubs and White Sox baseball games.

Don Meier’s interest in supporting student scholarships was influenced by his own experience at the University of Nebraska. During his lifetime, he considered different ways to support the university but was especially drawn to opportunities for scholarships or other projects that directly benefit students.

“I had no other dream than to go to the University of Nebraska,” he told the university in 2008 in announcing his plans for significant support of student scholarships.

Don Meier’s dream did not come easy. He worked off and on during college, sometimes taking up to a year off to work or to return home to Oshkosh, Nebraska, where he had a job as a high school librarian. He completed his college education in six years.

“I remember my own struggles to complete my college education,” he once said. “In those days, back in the 1930s, they didn’t have a lot of scholarships. I just remember how tough it was for me to make it. It became apparent to me as I pursued my own career that the main thing is not only the support, but it’s important to get kids into college, and I agree with my wife who says that all students should seek to expand their potential by seeking full development of their talent.”

The Donald and Lorena Meier Foundation has committed over several years to support new and existing scholarship funds that were established by Don and Lorena Meier. Students enrolled in the following colleges and areas of the University of Nebraska who meet certain scholarship criteria are eligible:

> College of Education and Human Sciences

> College of Journalism and Mass Communications

> Students studying within any college who meet certain scholarship criteria

University of Nebraska at Kearney:

> College of Business and Technology

Any University of Nebraska campus: