The win pushed the Bluejays to 2-0 on the season, while Nebraska-Omaha fell to 1-3.

Creighton used an early 27-3 run to race out to a 32-10 advantage out of the gates. During that 12-minute stretch Creighton’s defense held the Mavericks to just 1-of-18 shooting from the field.

While the Bluejays’ defense was cooking, Creighton’s ability to get multiple players involved also shined. Eight different Bluejays contributed one bucket as the Bluejays turned a 7-5 deficit into a 22-9 lead. Creighton went on to push its lead to as much as 28 points in the opening half and led 50-26 lead at intermission.

The second half saw UNO once more offer a strong push at the onset, cutting Creighton’s lead to 59-40, but the Bluejays quickly responded with eight straight points. The Bluejays went on to lead by as much as 36 late in the game at 86-50 before claiming the 94-67 victory.

Six players finished in double-figures for Creighton, led by 18 from junior Christian Bishop and 17 by senior Denzel Mahoney. Rounding out the Bluejays in double-digits were sophomore Antwann Jones (12), Zegarowski (11), senior Damien Jefferson (11) and freshman Ryan Kalkbrenner (10). Creighton shot 57.6 percent for the game and dished 28 assists on 34 field goals. The Bluejays also won the glass battle 45-30, with Bishop hauling down a team-best eight rebounds. 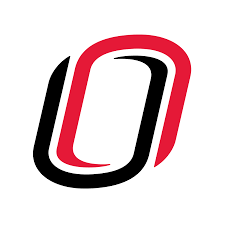 UNO got 18 points off the bench from Marlon Ruffin, including 14 in the second half. Matt Pile owned a game-high nine rebounds.

Creighton returns to the floor of CHI Health Center Omaha on Friday, Dec. 4 as the Bluejays host Kennesaw State at 4:00 pm. The game will be televised on FS1.