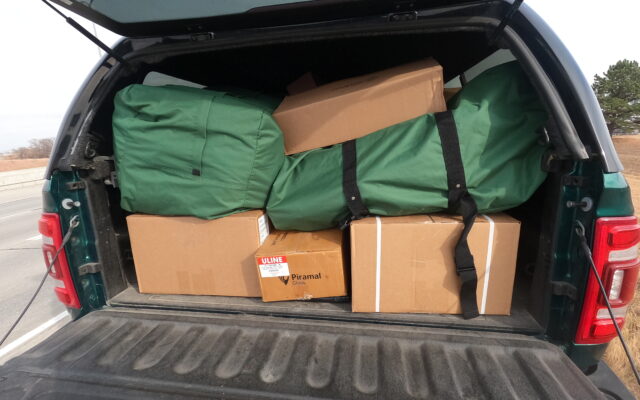 LINCOLN–(KFOR Nov. 4)–Members of the Criminal Interdiction Unit on Thursday afternoon pulled over truck from out of state along eastbound I-80 near the Lincoln Airport, where investigators found drugs, a loaded handgun and cash.

Lancaster County Chief Deputy Sheriff Ben Houchin on Friday said that a Lincoln Police officer pulled over a truck for speeding, straddling the white line and window tint.  Probable cause was developed to search the truck.  Investigators found the following items:

Amy Kirk was lodged for aid and abet, as well as possession of a controlled substance with intent to deliver charges.