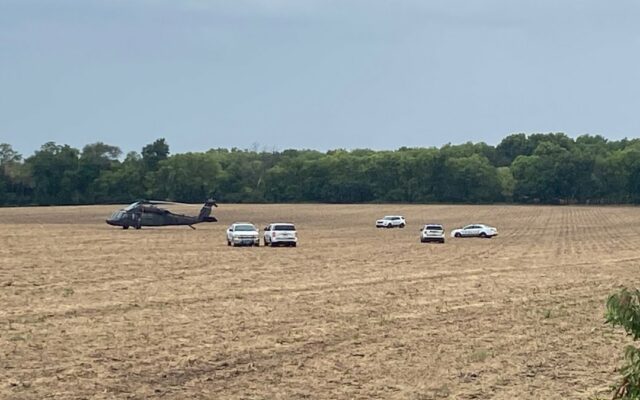 Lincoln, NE (September 21, 2022)  If you were near the Lincoln Airport Wednesday afternoon, you likely heard or saw emergency vehicles speeding by.  Around 3:00 PM they were responding to a report of an aircraft emergency.

According to National Guard Major Scott Ingalsbe, a UH 60 Blackhawk helicopter made a precautionary landing in a field west of the airport.  He said the pilot detected “something wrong” with one of the engines.

Three guard members were on board during what Ingalsbe described as a routine training mission.  He was not able to say whether the helicopter was inbound or outbound at the time, and did not know the nature of the emergency.  None of the three on board were injured.