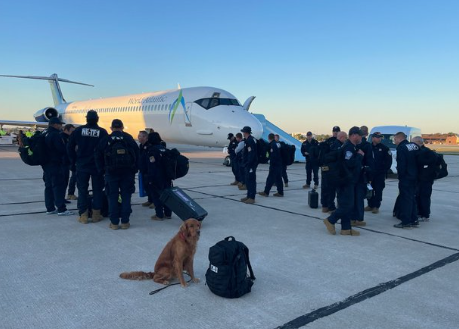 Fiona wreaked havoc on Puerto Rico and the Dominican Republic last week, many are still left without power or running water.  The task force was there to get people to safety.

The team, mostly firefighters in eastern Nebraska, deployed with a doctor, structural engineer and several K9′s flying out of Lincoln.  They had never flown for a deployment outside of the continental United States.