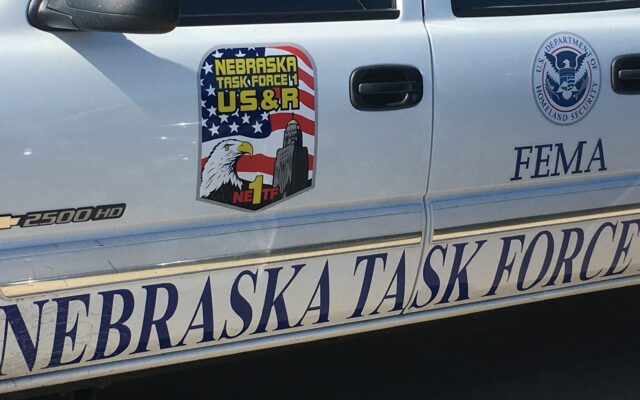 LINCOLN–(KFOR Sept. 23)–Nebraska’s Urban Search and Rescue Team, Task Force One, has been in Puerto Rico since early Tuesday morning, helping with search and rescue efforts after Hurricane Fiona.

Task Force One leader and Lincoln Fire & Rescue Captain Dan Ripley on Friday morning provided an update and said search and rescue efforts have changed to where they are seeing the locals slowly returning to their communities and utilities are slowly being turned back on.

“We’re seeing things move in a positive direction and that’s our goal,” Ripley told reporters via a Zoom call.  Along the way, though, crew members have faced obstacles, stemming from mudslides and flooding to issues with communication gear.

“Communications has been one of the biggest challenges,” Ripley added, as they dealt with power outages , poor cellphone coverage that made communications to local officials and to FEMA and task force teams.  One way they’ve overcome the communication problem in remote areas has been the use of satellite phones.

Nebraska Task Force One arrived in San Juan around 12:30am Tuesday and immediately got their assignment to work with Maryland’s Task Force One team.  Ripley says work operations the past two days have been from 7am to 7pm.

No injuries have been reported among team members and Ripley said before they left Lincoln on Monday afternoon they are planning for a 14 to 21-day deployment.

“We are working for FEMA, who is at the discretion of the Puerto Rican government and as they determine the resource needs that they have, that’s when it will come down to our level, as far as the day-to-day operations,” Ripley said.  Crews are watching the tropical systems out in the Atlantic Ocean and continue to work aggressively in Puerto Rico.  Ripley says they are always ready for the next emergency, wherever they get assigned to go.