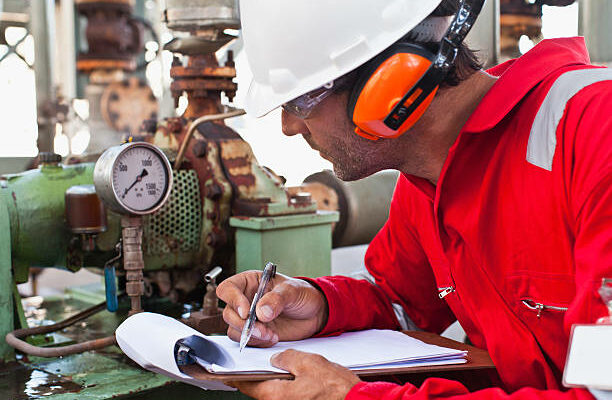 (KFOR NEWS  August 12, 2022)   New research has revealed the American states which have had the largest increases in productivity since 2012, with Nebraska recording the ninth highest improvement by 16.86%.

The research, conducted by digital adoption magazine digital-adoption.com, analyzed ten years of annual labor productivity data from the Bureau of Labor Statistics (BLS) to establish the U.S. states which improved in labor productivity the most from 2012 (private nonfarm sector).

The analysis revealed that Nebraska is ninth most improved, closely following Utah in eighth, as labor productivity was raised by 16.86% over ten years. Since 2012, labor compensation grew 43.66%, and value-added output was also raised by 46%, going from $76.76 billion to $111.83 billion. Employment and hours worked have only slightly risen, increasing by 3.65% and 1.65% over ten years, respectively.

Washington improved the most compared to any other state, with a 30.31% increase in productivity from 2012. This is due to increased output per worker, which is currently 29.7% higher than 2012, and is the largest output per worker improvement than any other state in the study. The largest increase in Washington’s productivity was seen in 2021, where productivity levels leapt by 6.4% as businesses navigated the pandemic. Hourly compensation had also risen by 9.2%, up from $55.71 dollars per hour worked in 2020 to $60.82 in 2021. Value-added output also rose by 11.9%. Workers in Washington have received the third highest increases in labor compensation in the U.S., growing from a total of $171.28 billion in 2012 to $307.47 billion in 2021, a 79.5% increase in ten years.

California had the second largest increase, where productivity improved by 27.03%, in line with the same increase for output per worker, which went up by 27.87% over the ten year period. Labor compensation also grew from $986 billion to $1.68 trillion between 2012 and 2021. That’s a 71.24% increase compared to 2012, the fifth highest increase of its type in the U.S. over the last ten years.

Massachusetts’ productivity increased by 17.25% since 2012, placing the state seventh most improved. Total labor compensation has increased by 48.3%, from $234.55 billion to $347.84 billion, with a 6% increase in hours worked and a 4.37% increase in employment. Employment has grown from 3.15 million jobs in 2012 to 3.28 million in 2021. Labor productivity grew throughout the pandemic, a 5.4% increase, despite a 9.7% drop in employment, during 2020. During 2020, productivity increased due to higher output levels per worker, which went up by 6.4%, potentially due to the 6.7% increase in hourly compensation for the same period.

Utah is eighth with 16.95% increased productivity levels from 2012. Labor compensation has risen by 82.57% since 2012, the second highest increase in ten years out of any other state, behind Idaho. Utah experienced the highest growth in value-added output, increasing by 77% from $102.4 billion to $181.24 billion over ten years. Productivity continued to grow throughout the pandemic; during 2020, labor compensation increased by 5.1%, and output per worker increased by 2.3%, while employment dropped by 2.3%. Employment has recovered in 2021, growing by 5.5% compared to the year prior, which saw employment jump from 1.36 million to 1.44 million in one year.

Oregon ranks tenth on the list due to an increase of 16.75% productivity. Oregon’s value-added output has increased by 56%, the eighth highest over ten years when compared to any other state.

Four states saw a decrease in labor productivity ten years on from 2012: Wyoming, Nevada, Delaware and Alaska. For these states, the years in which compensation levels dropped, so did output per worker and value-added output.

Alaska’s productivity levels have dropped the furthest out of any U.S. state since 2012, which is currently 8.31% lower, ten years later. Output per worker has dropped by 11.21% compared to 2012. Output levels have yet to improve past this threshold, and are currently at their lowest levels in 2021. Alaska is the only state in the U.S. to have recorded a decline in value-added output, reduced by 12.3% from $45.34 billion to $39.76 billion over ten years.

Delaware is currently 2.19% below 2012 levels of productivity. The largest productivity drop happened in 2016, which saw an 8.5% decrease compared to the previous year. This can be attributed to an 8.6% increase in unit labor costs, 2.2% real wage compensation drop, 6.8% decrease in real value-added output and 8.4% decrease in output per worker.

Nevada’s productivity is currently 1.55% below 2012 levels, and has been below threshold since 2014. Despite this, the state has experienced the eighth largest percentage increase in labor compensation in the study, recovering after the state experienced some of the severest drops to compensation, hours worked, output and employment during the pandemic over 2020. While employment levels have risen from 1.06 million jobs in 2012 to 1.29 million in 2021, output per worker has remained similar to 2012, after experiencing a decline over ten years, and is currently only 0.284% higher ten years later.

Commenting on the findings, a spokesperson from digital-adoption.com said: “The nature of work has changed greatly over the last ten years, which has been accelerated by the Covid-19 pandemic. This data reveals that the Western U.S. region has improved greater than other areas of the nation. The two states which are most improved, Washington and California, are home to America’s largest digital tech hubs. The digital sector has enjoyed a boom in recent years, partially due to the effects of the pandemic increasing the transition towards remote working, which this sector was most prepared for. These states have led the way in digital transformation, and offer a great example for others to follow in how digital adoption can accelerate business growth and productivity.”

The study was conducted by digital-adoption.com, which provides detailed information on how companies can maximize and accelerate the impact of their digital transformation strategy.