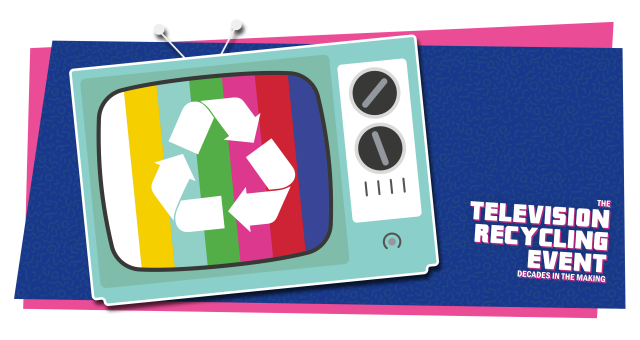 (KFOR NEWS  June 1, 2021)  On Saturday June 12, the Nebraska Recycling Council will be accepting CRT TVs, monitors, and other electronics for recycling at 5001 S 16th Street in Lincoln, Nebraska between the hours of 9 am-1 pm, or until the event has reached its maximum amount allowed.

Electronics will be accepted for free with a limit of two TVs or monitors per participant. Other items being accepted include computer equipment and accessories, audio/video equipment, laptops, cell phones, cords, cable boxes, gaming consoles, and small household appliances (no microwaves). A complete list of what will be accepted is available at the website www.RecycleYourOldTV.org.

Coined the “television recycling event decades in the making,” the goal is to target those old, bulky cathode ray tube (CRT) television sets because they contain toxic substances such as lead and mercury. “It’s time the dangerous lead in these TVs enter The Twilight Zone and get properly recycled,” said Heather Creevan, the executive director of the Nebraska Recycling Council, which has partnered with communities across the state to host the events.
Nebraska electronic recyclers, American Recycling and Sadoff E-Recycling & Data Destruction, are servicing these events and are both R2 certified, a global certification standard that requires responsible recycling to protect people, the environment, and preserve resources.
The Nebraska Recycling Council stated, “The Happy Days are gone for the ol’ family friend. We invite residents to dig that old legacy television out of storage and get it responsibly recycled for free at this event.” This service is available because of a grant received from the Nebraska Environmental Trust. The trust is funded by proceeds from the Nebraska Lottery and has awarded more than $320 million in an effort to protect the air, water and land in all 93 counties in Nebraska since 1994.
READ MORE:   Mental Health Telehealth Appointments Grew 6,500% In 1 Year