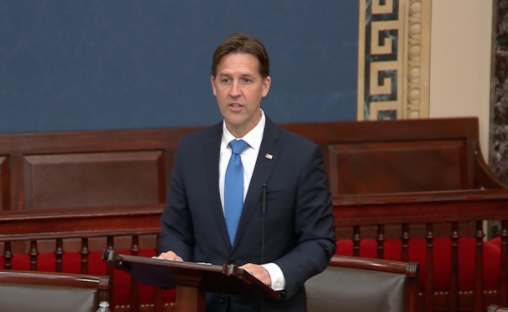 LINCOLN–(KFOR Oct. 6)–POLITICO on Thursday reported that a couple of people familiar with Nebraska Republican Senator Ben Sasse say he’s expected to resign from his job and become the new president at the University of Florida.

A statement from University of Florida on Thursday said the school’s Board of Trustees named Sasse as their recommendation for president.

The statement from the Board of Trustees can be found by clicking here.

KFOR News reached out to a representative from Senator Sasse’s office, who indicated that Sasse was named as a sole finalist for the Florida job and would likely resign from his Senate position in December.  No official statement has been issued, as of 3:30pm Thursday.  If Sasse resigns, Governor Pete Ricketts would have to appoint someone to fill the rest of Sasse’s term, which is up in 2025.

Senator Sasse, though, put out the following tweet Thursday afternoon.

“We have received many questions about how the U.S. Senate seat held by Senator Ben Sasse would be filled if he resigns from the Senate. Based upon news reports about when the vacancy is likely to occur, it appears that Section 32-565(3) of the Nebraska Revised Statutes would apply to the filling of the vacancy.

“An election for the regular six-year term of the seat would be held in 2026.”

This is a developing story.  Stay with KFOR FM103.3/1240AM and kfornow.com, along with our social media platforms for the latest information.