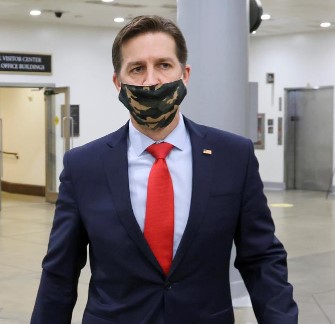 Washington, D.C. (November 17, 2021) – Today, as OSHA temporarily halted implementation of President Biden’s vaccine mandate in accordance with last week’s Fifth Circuit ruling, Nebraska’s two U.S. Senators, Deb Fischer and Ben Sasse joined Senator Mike Braun (R-IN) and all 47 of their Senate Republican colleagues in an effort to permanently block President Biden’s vaccine mandate under the Congressional Review Act (CRA). Today’s action taken by the Senators guarantees a vote on the Senate floor. The rule was transmitted to the Senate on November 16th, setting up a floor vote as soon as early December.

“President Biden’s vaccine mandate is constitutional slop – unelected bureaucrats at OSHA don’t have the power to do this,” said Senator Sasse. “I’m pro-vaccine but these mandates aren’t going to beat the pandemic – they’re going to grow government and erode trust in these near-miracle drugs. Nebraskans deserve better.”

Senator Deb Fischer agreed with Sasse, saying “While the Supreme Court has upheld the ability of states to mandate vaccines during a pandemic, there is no precedent for the federal government to mandate vaccines for contractors, private employers, or individual Americans. Vaccines are important in slowing the spread of the coronavirus, however, the decision on whether or not to get vaccinated is a personal choice and should not be unilaterally decided by the President. “