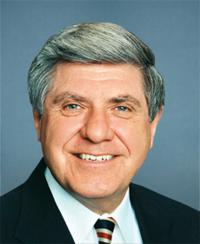 “As a United States Senator, I have seen what can happen when elected officials of both parties come together to create innovative, sound policy solutions to move our country forward,” Nelson said. “I have also seen Patty take a similar approach to public service during her eight years in the Nebraska Legislature. She is the type of leader who knows how to get things done.”

Nelson cited her passage of more than 60 bills in the Nebraska Legislature, working with both some of the most conservative and progressive members of the Legislature to help Nebraska recruit and retain workers, increase wages, protect victims of human trafficking and help kids learn to read, among things.

“When it comes to our nation’s many pressing challenges, Patty already has a track record to take to Congress,” Nelson said. “It’s a tough environment in Washington right now, so we need a tough and determined leader like Patty.

“Patty will start immediately to help working people who are struggling with the effects of inflation,” Nelson said. “She will work to lower prescription drug prices, lower premiums under the Affordable Care Act, protect Social Security and advance trade policies that increase markets for our agricultural commodities. She will protect Offutt Air Force Base and our STRATCOM headquarters, which is so vital to our national security and our state’s economic development interests. For all these reasons, I am proud to endorse Patty.”

State Sen. Pansing Brooks said she was honored and grateful to have Nelson’s endorsement.

“Senator Nelson exemplifies what the ideal of public service is all about,” Pansing Brooks said. “I am running for Congress in the same bipartisan spirit that Senator Nelson embraced when he served in the Senate. At the end of the day, the only way to heal the divides of this nation and solve our critical and urgent problems is to have representatives willing to work together for our common good.”

“As CD1’s first Congresswoman, I will work to reduce prescription drug prices, lead on infrastructure investments, including high-speed internet for our rural areas, increase access to child care, enhance quality, affordable housing access and lead a rural and urban renaissance for Nebraska.”

Pansing Brooks was elected to the Nebraska Legislature in 2014 and reelected in 2018.