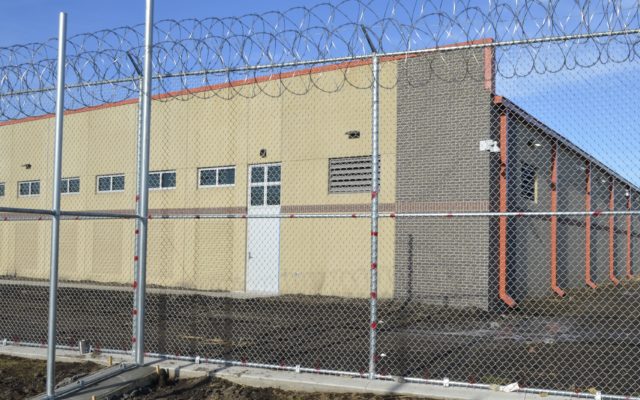 (KFOR NEWS  February 26, 2021)   For an initial group of inmates at the Nebraska State Penitentiary (NSP), it is moving day. Around one dozen men are relocating to a newly built 100-bed dormitory.  In addition to sleeping quarters and a large day area, the minimum-security unit also boasts additional rooms to provide clinical treatment and other programs.  Eventually, additional occupants will move in.

“This building will not increase the number of inmates that we accommodate at the penitentiary, but it will allow us to free up space in other housing units,” said Scott R. Frakes, director, Nebraska Department of Correctional Services (NDCS).

“The addition of this housing unit provides us with a space that is ADA design compliant and equipped with the latest technology for staff members to work in and where inmates live,” added NSP Warden, Michele Wilhelm.

It has been more than 20 years since housing has been expanded at NSP.  Two 100-bed dormitory units were added back in 1998.  Funding for the new housing unit was covered, in part, from savings realized during the construction of the 160-bed female living unit at the Community Corrections Center-Lincoln (CCC-L).

“The potential for further expansion on the penitentiary campus is limited,” stated Dir. Frakes. “That is part of the reason for putting forth the proposal to build a new, multi-custody level corrections facility. It will be challenging for NSP to attain five more years of use as a high-security facility. We can spend nearly $200 million to completely renovate NSP or repurpose it, in conjunction with building a newer facility.”