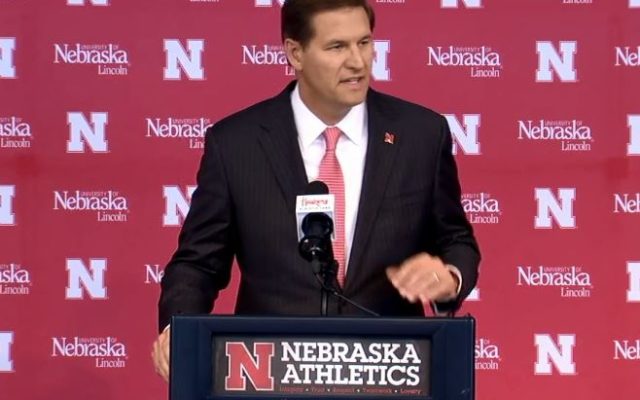 LINCOLN–(KFOR July 14)–Trev Alberts was formally introduced as Nebraska’s new athletic director on Wednesday, capping off a two-week search in finding a successor for Bill Moos, who retired June 30.

Alberts, a former Nebraska football All-American and played for the Indianapolis Colts in the NFL, had spent the past 12 years as the athletic director at Nebraska-Omaha.  He told reporters that one of the first things he will do is to earn the trust of student-athletes, coaches and staff to have a successful athletic program.

Alberts, who was also an academic All-American, will also put academics has a priority.  He added that the athletic department needs to earn the trust of fans and donors to the program.

One of Alberts’ goals is to establish the proper work habits for student-athletes, by making Nebraska the hardest working athletic department in the country and be transparent.