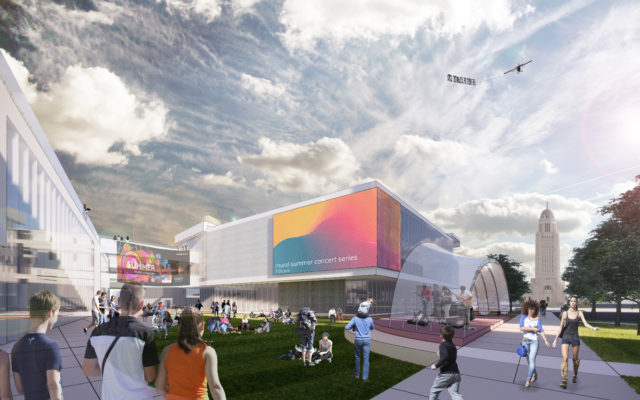 Lincoln, NE (May 10, 2021)  A new development is planned for the downtown Pershing Block. The city council is studying plans that include a 100 unit, five story apartment building, a 90 thousand square foot public library, retail space and parking.

The plan was the subject of a Public Hearing before the City Council on Monday.

Urban Development Director Dan Marvin said the developer, White Lotus Group of Omaha, has put together a plan that would fit well into the Downtown Master Plan.  The mixed use nature of the plan, he said, would form an important part of several projects that are under development currently.

Marvin said the plan would begin with the demolition of the current Pershing Auditorium.  A bond issue would be required in order to secure public approval of a new Downtown Central Library.

City Library Director Pat Leach said the cost estimate is several years old, but the latest study placed the cost of a new downtown Library at $60 Million.  Most of it would be provided by a bond issue, she said, but private fund raising, grants and other means would also help.

Leach told the Council that numerous studies have concluded that the current downtown Bennett Martin Library has reached the end of its useful life, and that needed improvements would not be feasible in the current Library building.

She also told the Council that a new, modern library is much more than a repository for paper books.  She said that a library consists of meeting rooms, individual study rooms, performance spaces, maker spaces, and other specialty areas that respond to the needs of today.