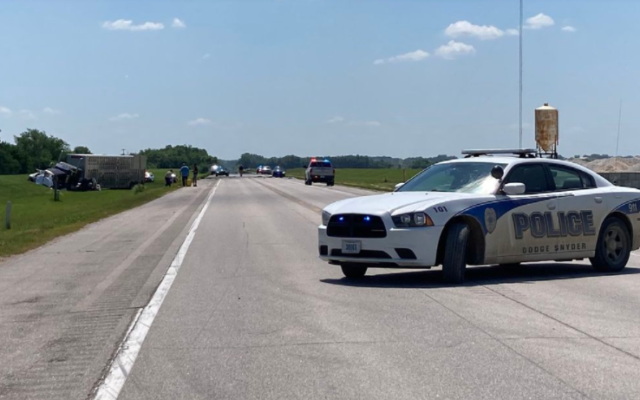 Scribner, NE (June 10, 2021) The Nebraska State Patrol is investigating a crash that claimed the lives of four people this morning on Highway 275 near Scribner.

After preliminary investigation, investigators believe a southbound Pontiac sedan attempted to pass another vehicle on the two-lane portion of Highway 275, lost control, and struck a northbound semi in the northbound lane.

The four occupants of the Pontiac were a family from Fremont. The driver, Heidi Lykens-Huisman, 37, and passengers, Joshua Huisman, 29, and Jaymasin Lykens, 10, were all pronounced deceased at the scene. The fourth occupant, Nova Huisman, 9 months old, was transported by Scribner Rescue to the hospital in Fremont and later passed away.

During the investigation, Highway 275 was closed in the area.  It was re-opened Thursday evening.